Palestine: Detention of Anti-Corruption Protesters in Ramallah Restricts Freedom of Opinion and Expression. 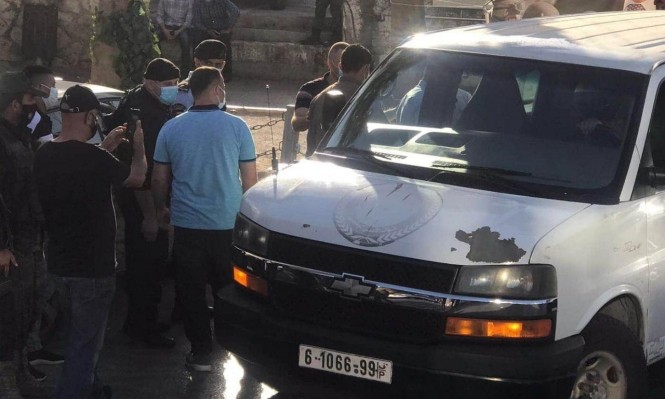 According to the information gathered by Skyline, approximately at 5:30 pm on July 19th, the Palestinian Authority security forces deployed extensively before the protest that was scheduled on that evening at Al-Manara Roundabout in the center of Ramallah. Several civil society activists organized the rally under the banner: "Enough is Enough"; as part of a campaign against rampant corruption in PA institutions.

According to the monitoring of the "Skyline" team, dozens of different types of security forces were deployed for this event. Half an hour later, several citizens arrived at the protest, but security forces immediately pursued them and prevented any attempt to initiate the demonstration. Moreover, security forces arrested a large number of participants, including human rights advocates, while they were monitoring events and document possible violations.

The arrests included well-known figures from human rights defenders such as Muhannad Karajeh from the "Lawyers for Justice" team, who were later released, and " Fayez Al-Sweiti, who had previously been arrested for several days on the grounds of criticizing governmental-corruption. Security forces transferred the detainees to various places of detention, and later released some of them. However, nineteen of the detainees were kept in arbitrary detention, and they were brought before the prosecution Monday morning, June 20th. The Public Prosecution extended their custody for 48 hours and charged them with illegal gathering and violating the emergency rules.

The Stockholm-based international foundation affirms that peaceful assembly is a right guaranteed by the Universal Declaration of Human Rights and the International Covenant on Civil and Political Rights. The declaration reaffirms the right to peaceful assembly in Article (20/1) by stipulating that: “Everyone has the right to freedom to participate in peaceful gatherings and assemblies.” The International Covenant on Civil and Political Rights affirms this right in Article 21 by stipulating: “The right of peaceful assembly shall be recognized. No restrictions may be placed on the exercise of this right other than those imposed in conformity with the law and which are necessary for a democratic society".

Accordingly, Skyline points out that the amended Palestinian Basic Law of 2003, and the Law of Public Meetings of 1998 constitute the legal reference for peaceful assembly by the Palestinian legal system, as the Palestinian Basic Law emphasized the right to peaceful assembly in Article (26): “Palestinians shall have the right to participate in political life, both individually and in groups. They shall have the following rights in particular: holding private meetings without the presence of police officers and holding public meetings, processions, and gatherings within the limits of the law".

"Skyline" calls on the Public Prosecution to immediately release the detainees, stressing the need to free assembly within the framework of the law. Skyline urges the Palestinian government to ensure that human rights advocates work freely without restrictions and to open an investigation into the violations, as mentioned above. It also calls on the Palestinian government to hold the perpetrators accountable and to stop such abuses. Furthermore, Skyline stresses that the government should ensure that the security forces adhere to the rules of the Palestinian Basic Law and relevant international covenants to which Palestine has acceded.