Egypt Arbitrarily Arrests Photojournalist After Being Summoned for Investigation 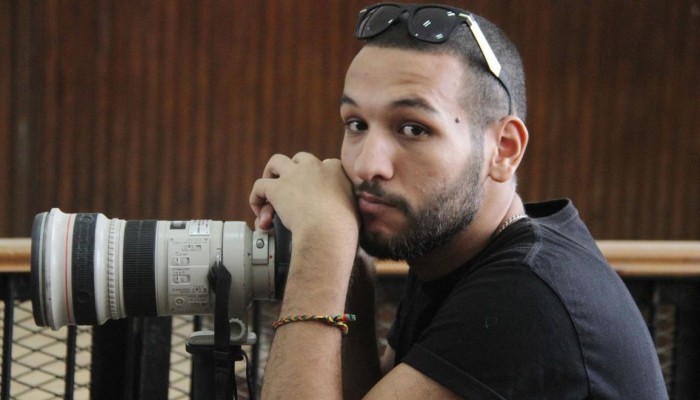 STOCKHOLM – Skyline condemns the Egyptian authorities for arbitrarily and unlawfully arresting a photojournalist after being summoned for investigation. This action is one of a long series of extrajudicial arrests of journalists and bloggers in the country.

In a press release, Skyline states that the National Security Agency in Egypt arrested the Egyptian photojournalist Mohamed Al-Rai on Wednesday, 28 October 2020, after being summoned for questioning purposes.

Skyline states that Al-Ra’i was forcibly disappeared after being detained without specific charges presented to the Public Prosecution. His family has not known about his fate. He also has not met a lawyer. This constitutes a severe violation of his fundamental human rights.

Al-Ra’i family told Skyline that it had submitted a report to the Attorney General, Counselor, Hamada Al-Sawy, and another one to the Minister of Interior, Major General Mahmoud Tawfiq, to disclose the fate of their son, who was forcibly disappeared two days ago.

Al-Ra’i was summoned for several hours last Tuesday and was interrogated about his work. Then he was released. Mohammed works in several Egyptian and international news websites, some of which oppose the current Egyptian regime.

The Egyptian authorities have consistently used the “fake news” and “anti” activities as a pretext to arrest journalists and justify blocking pages and websites, and to take journalists’ accreditation cards.

Skyline calls on the Egyptian authorities to immediately release Al-Rai and about 29 other detained journalists, according to the latest statistics published by Reporters Without Borders (RSF).

Egypt is ranked 166 out of 188 countries in Reporters Without Borders’ (RSF) 2020 Press Freedom Index. And it is one of the largest prisons for journalists in the region.

Article 65 of the Egyptian Constitution and the Universal Declaration of Human Rights, and the International Covenant on Civil and Political Rights, affirm the right to freedom of expression, opinion, and thought. Also, the Arab Charter on Human Rights establishes the same right in Article (24) thereof.