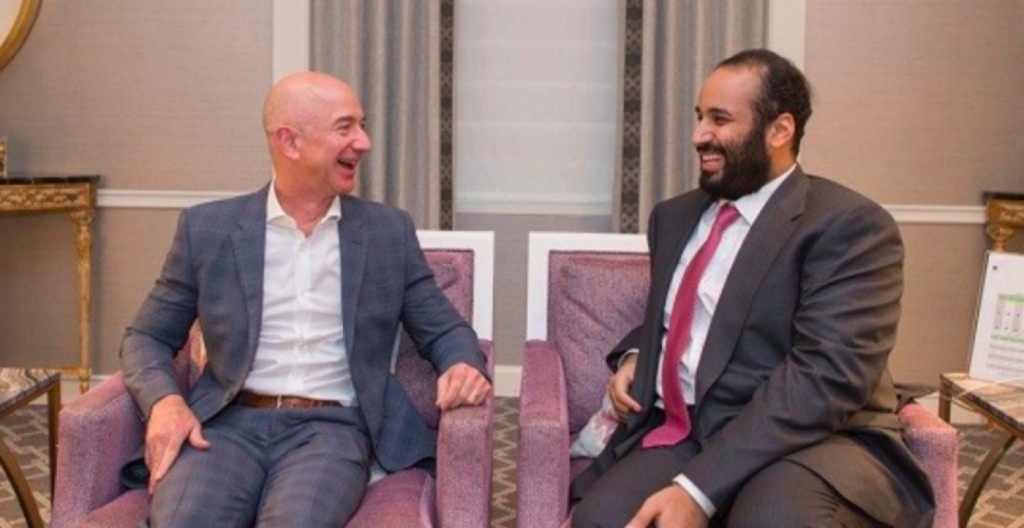 MADRID — Skyline International is shocked after receiving information about the “involvement” of the Saudi crown prince, Prince Muhammad bin Salman, in the hacking of the phone of Amazon founder and Washington Post owner, Jeff Bezos.

The British newspaper The Guardian has reported this alleged penetration of the Amazon founder’s mobile phone in 2018, “after receiving a video message on WhatsApp, apparently sent from the personal account of the Crown Prince of Saudi Arabia, Prince Mohammed bin Salman.”

Skyline International states in a press release that the Guardian report raises serious concerns and questions.

According to the newspaper, the coded message sent from the number used by the Saudi prince included a virus that could hack Bezos’s phone.

The two men had been having a seemingly friendly WhatsApp exchange when, on 1 May 2018, the unsolicited file was sent, according to sources who spoke to The Guardian on the condition of anonymity.

Skyline International says that this information shows that the head of the system in Saudi Arabia may have been involved in human rights violations related to privacy, which is a matter of great concern.

The organization adds that the Washington Post owner’s phone penetration should not be separated from the murder of Saudi journalist Jamal Khashoggi, which took place inside the Saudi consulate in Istanbul months after the breach of phone security.

Skyline International highlights the repeated precedents of Saudi Arabia’s infiltration of the phones of opponents and of other persons of note, consistent with its previous cooperation with the Israeli company “NSO”, which has a long history of penetration and breaches of privacy.

The Organization stresses that bin Salman’s behavior indicates a strong tendency toward an official policy of privacy violation at the highest levels in the Kingdom. It calls for the opening of an international investigation and for diplomatic pressure, especially from Washington as a principal ally of Riyadh.