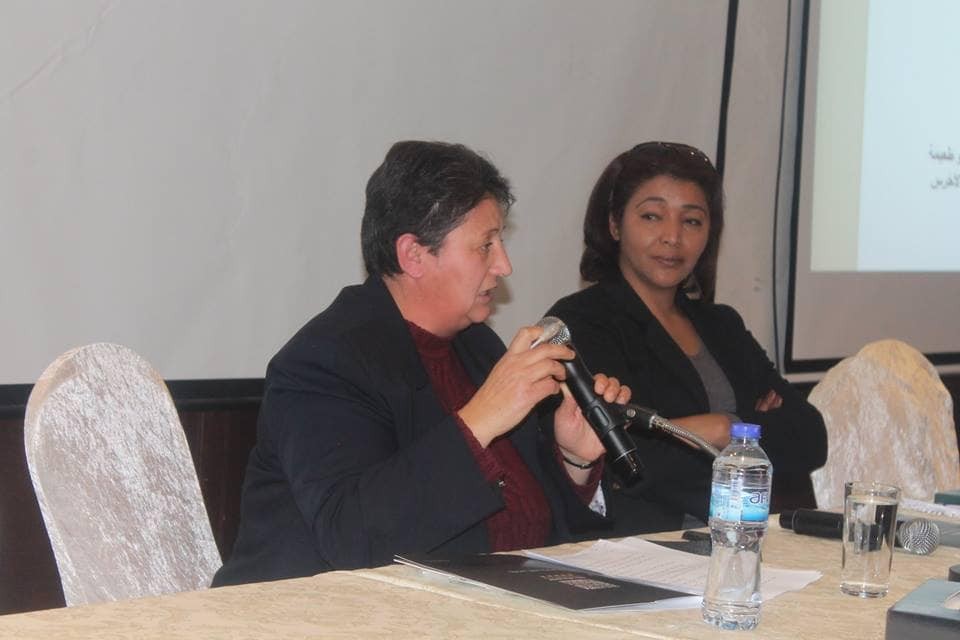 The organization said in its letter that the Israeli occupation authorities imposed a huge financial fine, house-arrest and deportation. In addition to that, she was banned from using any social media platforms, which is viewed as a new level and serious violation of freedom of expression.
Dr. Barghouti is a lecturer at Birzeit University’s Faculty of Information. She was arrested on September 1 after breaking into her house in Kober village, northwest of Ramallah in the West Bank. The Israeli prosecution charged her with incitement through her “Facebook” posts.

Dr. Barghouti was released on September 16 with strict conditions including a bail of 40’000 Israeli shekels (12’000$), deportation to the village of Kafr Aqab, a compulsory residence order at the place of deportation, and denying her access to Birzeit University where she works, which means she is deprived of her work.

The Israeli occupation authorities’ release decision also prohibited Barghouti from using any social media platforms, which seriously restricts her right to express her opinion.
In a letter to UN Special Rapporteur on the promotion and protection of the right to freedom of opinion and expression, David Kaye, Skyline International stated that this serious decision is a clear restriction of freedoms, in addition to the daily violations held by the Israeli occupation authorities against Palestinians.

The human rights organization points out that the Israeli occupation authorities’ decisions against Dr. Barghouti blatantly violates international standards and conventions. It adds that the indictment of Dr. Barghouti is an arbitrary accusation based on political reasons.

In its letter, the organization also notes that “many of the charges that Israel makes against Palestinian detainees under the pretext of incitement are mainly made to oppress the expression of opinion.”

According to statistics, Israeli arrests for writing on social media have been rising steadily since 2014. In 2017 alone, 300 Palestinians were arrested for social media posts; Israeli courts have handed high prison sentences of 6 to 24 months, as well as high fines for those accused of incitement.

According to legal statements, Israeli courts consider a single post to be an offence, the court also takes into account the number of friends, the number of likes, and the number of shares for the post itself.

The majority of verdicts against Palestinians accused of “incitement” included decisions prohibiting the use of the Internet and prohibiting departure from their homes. In addition to forcing them to wear electronic monitoring bracelets that reveal their movements.

Through these arbitrary decisions, Israel tries to prevent Palestinians from writing and expressing their opinion through social media.

Skyline International encourages UN Special Rapporteur on the promotion and protection of freedom of opinion and expression, David Kaye, to organize a visit to the occupied Palestinian territories to witness to what extent the Israeli occupation authorities violate and impose restrictions on freedom of speech against Palestinians.