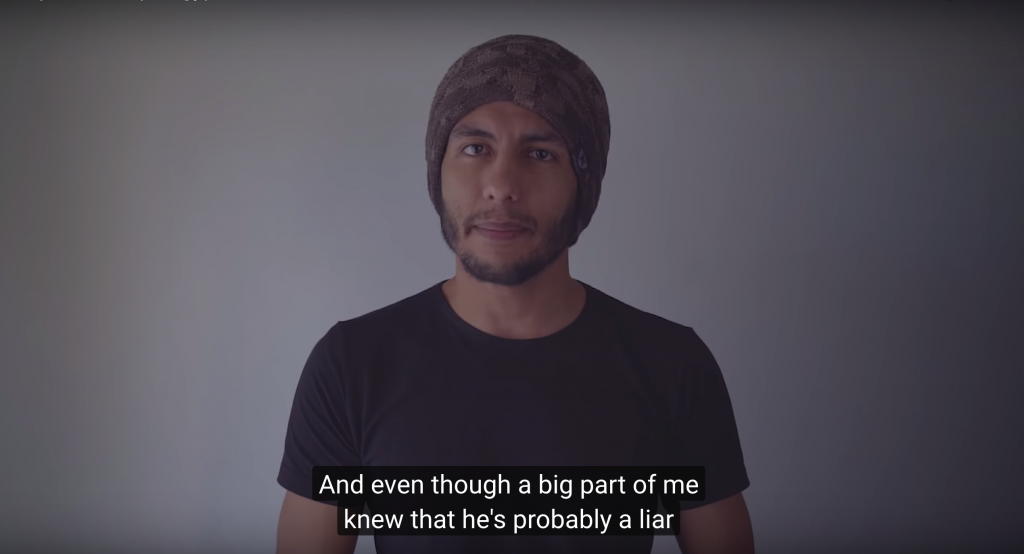 MADRID: An Egyptian court has sentenced Egyptian blogger Sherif Jaber to three years in prison for videos on his YouTube channel and posts related to freedom of expression.

“Yesterday I was sentenced for three years in prison in case No. 3907/2018 for mocking religion and spreading immoral values,” Sharif Jaber said in a post on his Twitter account. There were also charges of “disturbing Egyptian public peace through YouTube” according to Jaber.

Jaber, 26, was first arrested on October 27, 2013 on charges of “contempt for religions and spreading vice values and anomalies that prevent public peace and threaten national security” for expressing his opinion on campus and on the Internet.

He was also arrested again in 2015 and sentenced to a year in prison, but the verdict was not executed as he was out of sight. During this period, Jaber published video clips expressing his opinion on religion, politics and sex, which the authorities considered a crime that requires prosecution and arrest.

On May 5, 2018, Sharif Jaber was arrested again and released two months later. On March 31, he was warned against the threat of arrest by the authorities; despite that he affirmed that he would continue publishing videos expressing his opinion.

The Egyptian authorities have about five charges against Jaber so far, which may reach up to 15 years in prison if he were tried based on them. Some of these charges include “insulting Islam, contempt for religion, supporting homosexuality, destabilizing community peace and religious extremism.”

On September 1, the Court of Administrative Justice of the Egyptian State Council referred a case against the YouTube channel of blogger Sherif Jaber to the plenipotentiaries. This lawsuit is based on the closure of the YouTube channel and taking necessary measures against it.

Jaber has disappeared for a while and then appeared in a new clip asking for travel assistance, after the Egyptian airport security guards had confiscated his passport during his last attempt to travel in October 2018.

Due to his suffering, Jaber said that after being prevented from travelling, there is no solution for him except to abandon his Egyptian nationality in order to obtain an alternative nationality that ends his imprisonment.

“I really tried to solve the problem in many ways before resorting to social media,” Jaber said. “I wanted to deliver my message which was that I’m fighting for my freedom in order to obtain a safe life. I also wanted to show people how petty the system of the state is, which shows off as a civilized state regime”, he said.

“I am an ordinary young man. All I do is discuss critical topics and criticize things that I personally see as bad. What harm is there? ” he added.

Skyline International condemns the prosecutions and verdicts against blogger Sherif Jaber, stating that it comes in the context of the suppression of freedoms and the prevention of different opinions.

“Sherif Jaber only expresses his opinion, which is a right guaranteed by the Egyptian Constitution in Article 65, and guaranteed by the international covenants and laws signed by Egypt. In addition to the Universal Declaration of Human Rights, the International Covenant on Civil and Political Rights, as well as the Arab Charter on Human Rights in Article (24) thereof.”

Skyline International stresses that differences of opinion in a conservative society do not justify repression, arrest and intimidation. Skyline points out that the authorities should provide protection for Sharif Jaber instead of pursuing him.

Skyline International also condemns the confiscation of Jaber’s passport, stressing that the right to travel is guaranteed under international law.

On August 18, 2018, President Abdel Fattah Al-Sisi approved a new law regulating the Internet called “the law to fight against information technology crimes” (Cybercrime Law), which was passed by the Egyptian parliament on July 5.

This law grants the government vast powers to restrict freedom of expression, violate citizens’ privacy, and imprison Internet activists for their peaceful expressions.

Skyline International affirms its position rejecting the Cybercrime Law for its flagrant violations of human rights and freedom of expression and because it represents an abuse of authorities by using the provisions of law to suppress their opponents.