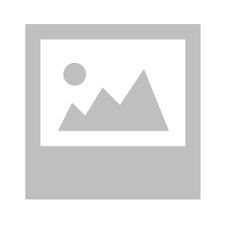 STOCKHOLM -Skyline International published a long-standing report on the situation of detainees in the Kingdom of Saudi Arabia. In the same report, the Swedish Foundation launched an international solidarity campaign with Saudi detainees to ask for their immediate release.

Skyline International urged the Saudi authorities to abide by the charters and agreements they signed and to stop their human rights violations.

Skyline International urged the Saudi authorities to abide by the charters and agreements they signed and to stop human rights violations.

The report pointed out that 2018 was full of black records of public freedom in Saudi Arabia. It witnessed killings, enforced disappearance, secret trial, and ill-treatment of detainees resulting in death and visit ban for their families or even the lack of information they have about their belong ones.

The report called upon the international community to intervene and stop supporting the Saudi regime in covering their violations against citizens under economic and political pretexts and compel it to implement the international agreements it signed which Saudi Arabia undertakes to respect human rights and not to violate them.

The Saudi authorities do not disclose the number of detainees they have, and do not allow the international institutions working in the humanitarian field to visit the detainees or see their situation, which raises doubts about what they are subjected to.

The Swedish Foundation pointed out that Saudi Arabia is trying to appear modern and in front of Western countries through a series of decisions, such as allowing women to drive, and allow large public concerts. The detention of activists and advocates for practicing their freedom of expression is completely contrary to what is claimed about openness and change in the Saudi regime, which reflects the black image of the approach followed.

Skyline International said that violations of freedom of opinion and detention were essential and  Saudi Arabia could not overcome it without releasing all detainees who are held for long years without trial, or those who were hastily tried on charges of “breaking out of order” while exercising their right to peaceful assembly, and demanding change.