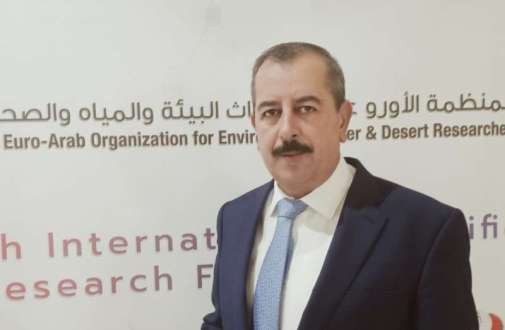 STOCKHOLM - Skyline International condemns the arrest of academic activist and writer Mohamed Turki Bani Salama by the Jordanian authorities due to a post he published on social media. Skyline calls for his immediate release because his detention violates the right to freedom of expression.

The Stockholm-based international foundation has testimonies that security services have arrested Bani Salama, a professor of political science at Yarmouk University, because he published a post on his Facebook profile criticizing some government appointments.

Moreover,  Skyline states that the Jordanian Code of Criminal Procedure regulates the correct detention procedures, and without his lawyer's presence and an official citation, the detention is unlawful.

"Skyline" points out that the Jordanian authorities have been transferring detainees of freedom of opinion and expression into the State Security Court. The Jordanian government must stop these actions that are alarming, illegal, and inconsistent with the most basic legal principles.

The Jordanian authorities have continually denied these accusations and argue that these detainees are under arrest due to other charges, often related to the security of the state. Nevertheless, these charges are based on false or alleged accusations, and they are fundamentally inconsistent with the principles of public freedoms and freedom of opinion.

Skyline emphasizes that any detention on opinion grounds is inconsistent with international human rights conventions, including the Universal Declaration of Human Rights and the International Covenant on Civil and Political Rights. Article 19 of this covenant stipulates and affirms that everyone has the freedom to hold opinions without harassment, and the right to express them by various mediums.