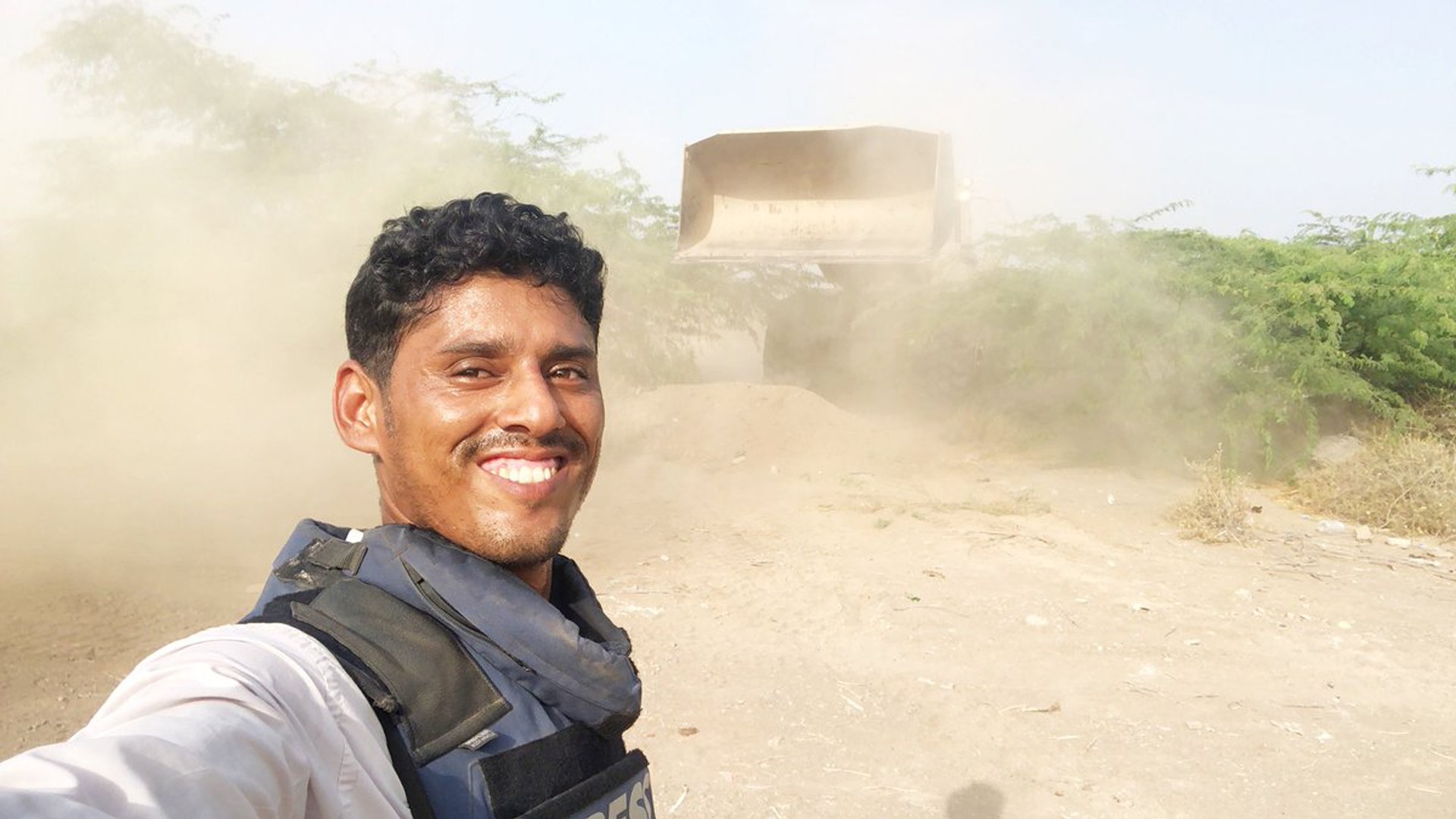 STOCKHOLM - Skyline International strongly condemns the murder of photojournalist Nabil al- Quaety in Yemen, and calls the authorities for an immediate and impartial investigation to reveal the perpetrators and hold them accountable.

The Stockholm-based International Foundation states that the journalist, "al- Quaety" (35 years), was deliberately assassinated by gunmen who gunned him down on Tuesday, June 2 as he was leaving his home in Dar Saad in the interim capital of Aden.

Al- Quaety works for AFP. In 2016, he won the Rory Peak Award in London, an annual award given to the best independent videographer around the world.

"Skyline" denounces Al- Quaety assassination and considers it as another suffering of a long series of ordeals that journalists face in Yemen, including restricting their work, detention, torture and killing.

Journalists in Yemen are more threatened  to death than ever before. Hence, it is unacceptable that journalists and photographers sacrifice their lives in return for their work.

The human rights foundation, Skyline, adds that responsible authorities in Yemen must seriously and promptly investigate into this crime to reveal the perpetrators who killed Al- Quaety. They also must investigate into all crimes against journalists.

Accordingly, Skyline stresses the responsibility of the Yemeni authorities to intensify their efforts that boost the safety of journalists and media workers, foremost of which are arbitrary arrests and ill-treatment, as well as the challenges they face to protect themselves.

Furthermore, Skyline International states that it will contact the chief adviser of the United Nations Secretary-General for Policy Anna Maria Menendez, who monitors the files related to the protection of journalists. This is to urge the Yemeni authorities to find a solution regarding the attacks against journalists in the country.