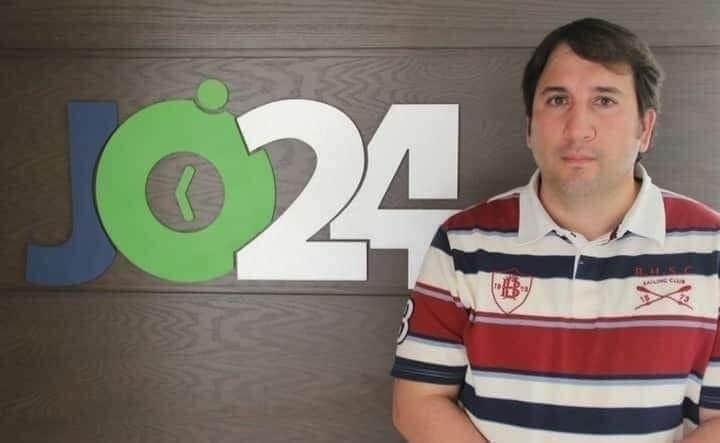 STOCKHOLM - Skyline International condemns  the Jordanian authorities for summoning the Jordanian journalist, Basil Al Akour to investigate into his work, stressing that this constitutes a flagrant violation of freedom of the press and media.

In a statement, the Stockholm-based international foundation states that the Jordanian cyber security unit summoned Al-Akour on Tuesday 28 July /2020, and interrogated him for several hours due to covering the teachers union events that were resolved by a decision of the Jordanian authority.

Skyline confirms that summoning people on media grounds is illegal. Jordan is increasingly targeting journalists, political and anti-corruption activists in violation of the right to freedom of expression.

Mid last year, the authorities detained more than 10 people, most of whom were linked to a coalition of political activists across the country known as "Hirak", and detained journalists for publically criticizing Jordan's officials and policies.

Many activists are being tried before the Jordanian State Security Court, a military court that includes some civilian judges, on charges related to protests against austerity policies, corruption and criminalization of peaceful expression.

The Jordanian authorities have previously blocked the local access to the "Jordan Net" website, a website created by Jordanian activists in exile, seeking to document political affairs and the arrests of activists in Jordan.

The Jordanian law considers any speech criticizing the king or government officials and policies a crime that requires trial. However, the Jordanian constitution provides that freedom of expression is a fundamental right for citizens.

The Jordanian government had proposed amendments to the 2015 Cybercrime Law that significantly restrict freedom of expression by imposing criminal penalties for those spreading what it calls "false news or sharing hate speech online."

Skyline International emphasizes that the continued summonses, arrests and detention of citizens on grounds of social media posts or media work in Jordan contradict the government's statements on freedom of expression and opinion. It also stresses that these action must stop immediately.