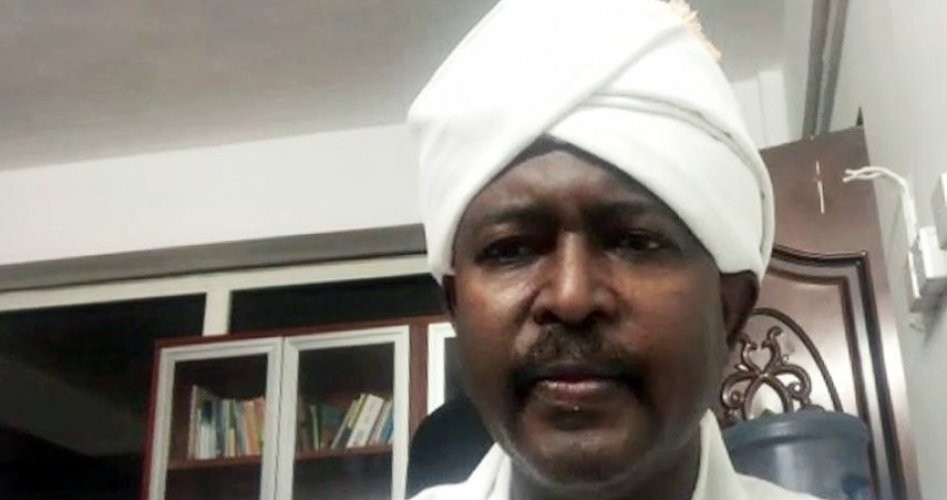 STOCKHOLM - Skyline International Foundation condemns the arrest of  the editor-in-chief of privately owned newspaper Al-Sayha and head of the Sudanese Journalists’ Union in Sudan, Sadiq Al-Rizaig by the Sudanese authorities on Monday, August 17, 2020.

In a report issued in this regard, the Stockholm-based Foundation states that it had reviewed a warrant issued by the Sudanese Public Prosecution two days ago to arrest the journalist, Al-Rizaig, under the “Empowerment Law,” without any specific charges.

Skyline is deeply concerned about the arrest of the journalist, Al-Rizaig, that happened due to his public opinions. It also states that this action violates the right to freedom of opinion and expression and the relevant international charters and agreements.

It is noted that the Military Council, which took power after the overthrow of the former Sudanese President Omar al-Bashir, decided in the middle of last year to dissolve the General Union of Journalists SJU headed by "Al-Rizaig " last year in July, Al-Rizaig was detained for 24 hours.

Some Human rights organizations raise concerns that Al-Rizaig, detained  as he refused to hand over the property and assets of the SJU following the Sudanese authorities' decision to dissolve the union. This contradicts the country's pledges for freedom of trade unions and freedom of association and expression.

Skyline International calls on the Sudanese authorities to  immediately  release the journalist Al-Rizaig and to clarify the reason behind his arrest or to try him fairly if there is evidence for the detention.

Accordingly Skyline reaffirms that the arrest of journalists and writers  violates international covenants guaranteeing freedom of opinion and expression, including the International Covenant on Civil and Political Rights, which Sudan ratified in 1986.

Article 19 of the International Covenant states that “Everyone shall have the right to hold opinions without interference. Everyone shall have the right to freedom of expression; this right shall include freedom to seek, receive and impart information and ideas of all kinds, regardless of frontiers, either orally, in writing or in print, in the form of art, or through any other media of his choice.

The Paris-based organization Reporters Without Borders ranks Sudan 159th out of 180 countries in the World Press Freedom Index in 2020.

Skyline International stresses that continued policy of muzzling dissents and prosecution of union officials and opponents in Sudan undermines the chances of building a democratic society. Also, this policy raises doubts about the authorities’ intentions to provide a safe environment for freedoms in the country.