On International Human Rights Day ... Skyline Demands Protection of Journalists and End of Restrictions Against Their Work 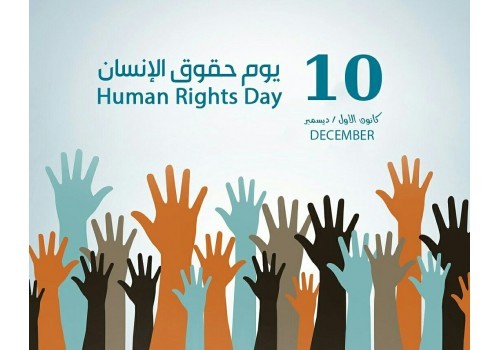 Stockholm - Skyline International today calls for protecting journalists and ending restrictions on their work worldwide, as this is fundamental to human rights and public freedoms. This should urgently take place as Journalists pay a high cost for their pursuit of the truth for the public interest.

On the occasion of International Human Rights Day, Skyline stated in its press release that journalists' ability to safely practice journalism is key to ensuring access to information and protecting the fundamental freedoms recognized by the international community.

Skyline also indicates that 42 journalists and media figures were killed while performing their jobs this year. Simultaneously, no less than 235 journalists are currently in prison on the grounds of exercising their work, according to the International Federation of Journalists' annual census.

Skyline considers that the figures mentioned above reflect the severity of the deadly danger and threats that journalists face worldwide for doing their work, which requires state governments and law enforcement authorities to bring their perpetrators to justice.

Mexico topped the 2020 list of countries where the most journalists were killed, for the fourth time in five years, with 13 killings, followed by Pakistan with five. Afghanistan, India, Iraq, and Nigeria recorded three killings each.

The International Federation of Journalists (IFJ) referred to dozens of journalists arrested, usually without charge, by governments that want to avoid scrutiny of their actions. This shines a spotlight on horrific abuse by governments who seek to shield themselves against accountability and scrutiny by detaining journalists and denying them proper legal procedures.

The international organization, "Reporters Without Borders", announced that the "Covid-19" epidemic would exacerbate threats to press freedom in the world, noting that authoritarian regimes are exploiting restrictions imposed to limit the spread of the epidemic to repress the media more.

Skyline International affirms that journalists' safety cannot be achieved without a legal framework that is firmly grounded in international human rights law and provides robust protection for freedom of opinion and expression.

Skyline cautions that international charters and agreements require states to promote a safe and supportive environment for journalists to help them exercise their work independently and without undue interference. States should also take appropriate steps to prevent violence, threats, and attacks against journalists and ensure accountability for the crimes committed against them and others.

On this day, Skyline International stresses the importance of establishing an early warning and rapid response mechanism that enables journalists and other media workers, when exposed to danger, to communicate urgently with the appropriate authorities and to benefit from the measures put in place to protect them.

In this regard, Skyline emphasizes that journalists' safety issues shouldn't be limited to their physical safety and link to the broader core of media freedom. This should include abolishing censorship mechanisms and legal harassment, such as defamation laws and combating cybercrime.

Skyline concludes its statement by affirming that impunity is the major obstacle to effectively ensuring journalists' safety, which requires all countries to ensure that those who threaten and attack journalists are held accountable under international human rights standards.