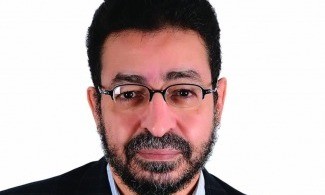 In its press release, Skyline said that it had compiled testimonies indicating that Abdel Moneim was arbitrarily and unlawfully arrested at dawn time yesterday, Saturday, December 19.

Skyline calls for the immediate release of Abdel Moneim, guaranteeing a fair and transparent judicial procedure, according to Egypt’s commitments towards international laws and legislation and the right to freedom of expression.

Skyline also emphasizes that international charters and conventions guarantee the right to freedom of expression and the press, including Article 19 of the Universal Declaration of Human Rights. This Article stipulates that “Everyone shall have the right to freedom of expression. This right shall include the freedom to seek, receive, and impart information and ideas of all kinds, regardless of frontiers, either orally, in writing or print, in the form of art, or through any other media of his choice regardless of the borders”.

Skyline International points out that Abdel Moneim’s arrest coincided with the government’s move to amend a law allowing journalists’ imprisonment, which was revealed by the Egyptian Cabinet, a spokesman said.

The latter revealed that the government intends to amend an article in the penal code that “permits imprisonment for no less than a year, and a fine of not less than one hundred thousand Egyptian pounds, and not exceeding two hundred thousand, or one of these two penalties in the case that court sessions are filmed or broadcasted.

Skyline warns that this approach is inconsistent with the articles of the Egyptian Constitution, which allows freedom of journalism without restrictions, except in places and facilities that require a special permit. It is never acceptable for a press photo to lead to one-year imprisonment or a fine.

Skyline further emphasizes that the amendment that the government intends to place in the penal code restricts photojournalism more. And, weirdly, this follows the restrictions imposed by the so-called press coverage permit. This permit makes it difficult for photojournalists; it exposes them to detention even when the Egyptian Constitution guarantees freedom of photojournalism and writing.

According to Reporters Without Borders, at least 29 journalists are in Egyptian prisons, while the number rises to nearly 80 journalists and media figures, according to local human rights estimates.

Article 65 of the Egyptian Constitution states that freedom of thought and opinion is guaranteed. Also, both the Universal Declaration of Human Rights and the International Covenant on Civil and Political Rights provide freedom of expression. Also, the Arab Charter on Human Rights affirms the same right in Article (24) thereof.