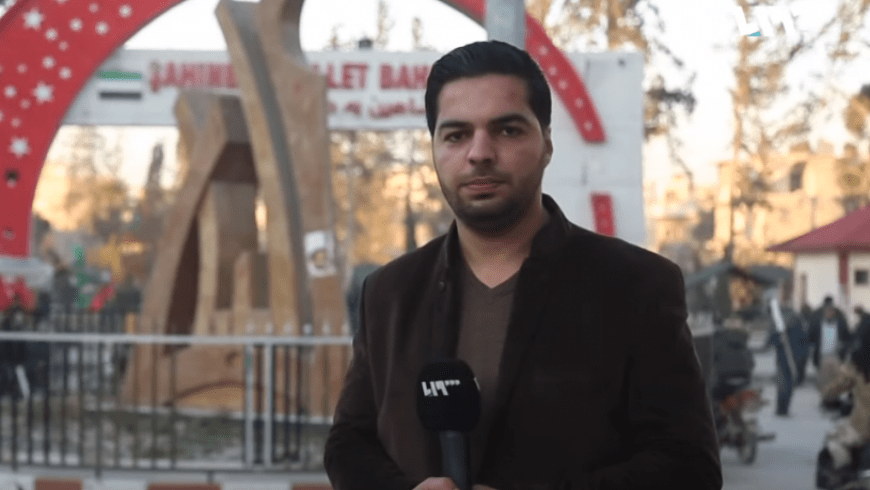 Skyline strongly condemns the assassination attempt against the journalist "Bahaa Al-Halabi" in Northern Syria. It calls the competent authorities to pursue the perpetrators.

In a press release, Skyline stated that the attempt to assassinate Al-Halabi is a new crime that adds to a series of prolonged and continued violations against journalists working in Syria for years.

Skyline compiled testimonies indicating that Al-Halabi, who works as a reporter for "Syria TV", was directly injured after being shot with automatic weapons on Wednesday evening, when he was returning to his home in Al-Bab city, Aleppo.

The testimonies showed that two gunmen pursued the journalist and shot him with automatic weapons. As a result of the attack, his hand, one of his shoulders and one of his legs, and his back were wounded.

Skyline International stresses that it is the duty of the authorities to ensure the safety of journalists and to conduct a serious investigation to reveal the perpetrators involved in crimes against journalists.

Accordingly, Skyline emphasizes that the international community should intervene to establish mechanisms ensuring the protection of journalists working in Syria under difficult conditions and threats. Such threats seriously undermines freedom of the press and the right to information that is internationally guaranteed.

According to the 2020 World Press Freedom Index by Reporters without Borders (RSF), Syria is ranked 174 of 180 countries.