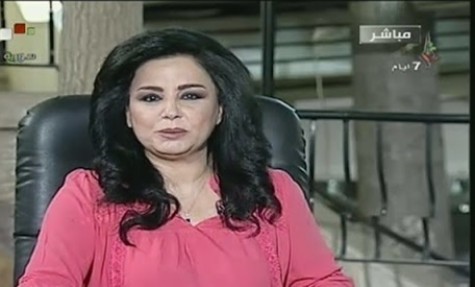 Madrid - Skyline International is seriously concerned over the escalation of arrests in Syria, the most recent of which was the detention of the journalist working for the Syrian Official TV, Hala Al-Jarf. Thus, it calls the authorities to immediately release her and all detained activists under the "Electronic Media Regulation Law", which the authorities use as a pretext for their continuous violations of media professionals and social media activists.

In its press release issued today, Sunday, Skyline states that members of the "Criminal Security" in the capital, Damascus, arrested " Al-Jarf " on January 23, just one day after she posted on her Facebook account, "Let your motto for the next stage be ‘Stay home’ and remain completely silent". Al-Jarf has also many posts about the poor living conditions that the regime-controlled areas suffer from.

The international foundation confirms that neither security authorities in Damascus nor the Ministry of Information made an official comment regarding Al-Jarf’s arrest. However, the head of Syria’s government-linked Union of Journalists Moussa Abdelnour, confirmed the news of the arrest to local media Tuesday. He stated that the decision for the arrest was made by the "Anti-Cyber ​​Crime Branch" of the Criminal Security in Damascus. Abdelnour also said that “it has been confirmed by the concerned authorities and the Cyber Crime Branch that there is a clear violation on Facebook, and therefore, legal measures have been taken".

In this regard, Skyline states that the arrest of the Syrian media figure " Al-Jarf " is not the first by the regime's security branches; there were several similar arrests made in the past years. For example, in January 2019, the Syrian security forces arrested and confiscated the equipment of the journalist, "Wissam Al- Tair, the founder and director of the Damascus Now news page. Also, last September, the security forces arrested the journalist "Kenan Wakkaf " after publishing article for daily newspaper Al-Wehda about alleged corruption in the energy sector. He was released a few days later after the Minister of Information Imad Sarah intervened.

Skyline further criticizes the "Electronic Media Regulation" Law No. 26 issued in 2011, stressing that the aim of adopting this law is to legitimize the practices of targeting activists and media workers by the security services. It also stresses that the law provisions are vague and have no specific meaning, which means that security and government agencies have broad powers to control/censor digital content, especially social media. The law also gives power to the executive bodies, especially the security forces, to arrest and detain individuals under the pretext of threatening the security of the country, undermining its unity, disseminating false news, and dealing with foreign parties.

The international foundation "Skyline" stresses that arresting and interrogating activists by the Syrian regime's security services violates the basic principles guaranteed under international law on the right to freedom of opinion and expression, especially the Universal Declaration of Human Rights and the International Covenant on Civil and Political Rights. Article 19 of both affirms that "Everyone shall have the right to freedom of expression; this right shall include freedom to seek, receive and impart information and ideas of all kinds, regardless of frontiers, either orally, in writing or in print, in the form of art, or through any other media of his choice".

The international foundation indicates that the growing arrests of Syrian activists and media professionals, including those working in the regime’s channels and websites, reflects the suppression of the Syrian regime in stifling voices and pursuing its critics or even those calling for improved living conditions in light of the deteriorating economic situation in the country.

At the end of its press release, Skyline International calls on the Syrian regime to immediately and unconditionally release all detained journalists and its activists, and to provide a democratic environment for people to express their views. It also stresses that the authorities should comprehensively review the "Electronic Media Regulation Law", clearly and specifically mention the practices violating the law, and limit powers granted to the executive and security agencies when they deal with digital content. The authorities should also affirm the right to freedom of opinion and expression principle.