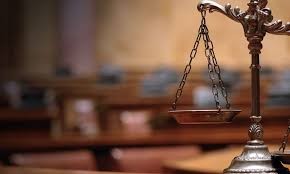 Madrid - Skyline International condemns the Iranian's courts imprisonment sentences issued against journalists for doing their work. These rulings contravene the principles of international law that guaranteed freedom of opinion and expression. Hence, the authorities should immediately and unconditionally release journalists.

In a statement issued today, Thursday, Skyline expresses its grave concern over the increasing judicial rulings against Iranian journalists. The Iranian government exploits these rulings to pursue its media opponents who write about corruption in the country.

One of those who were recently sentenced is the Iranian journalist Fariborz Kalantari. He was sentenced to two years in prison and other punishments for an article he published about the corruption of an "influential" Iranian official's relative

In a skype interview with VOA Persian, Fariborz Kalantari said that he learned of the punishments in a Feb. 4 visit to a criminal court in the Iranian capital. He went to the court a day after receiving a social media tip-off from a follower that authorities were planning to imprison him.

Kalantari added that he had been convicted of several alleged crimes seven months earlier concerning his past coverage to the corruption case of Mahdi Jahangiri, the brother of First Vice President Eshaq Jahangiri.

Kalantari also told VOA that he had seen a court document showing that he was convicted on July 27, 2020 for insulting a citizen, defamation and spreading lies. Kalantari said he intended to file an appeal, but he is not sure whether the authorities would allow him to do so because the usual time limit of 20 days to appeal the ruling had passed long ago.

Skyline stated that "Kalantari" tweeted a photo of a court ruling along with a message stating that "Mahdi Jahangiri", a prominent Iranian banker had, just been sentenced days earlier to a two-year prison term for the corruption case that the journalist had previously written about.

Accordingly, Skyline states that the prison sentence issued against "Kalantari" is not the first of its kind, and that Iranian journalist, 'Reza Taleshian Jelodarzadeh', the editor-in-chief of the Tehran-based magazine, NurAzadi, was arrested before him. On January 20, Reza documented the details of his arrest through his Instagram account, in which he wrote "the Iranian authorities have arrested him, and he will be taken to Greater Tehran Prison'', and posted a photo of his shackled feet.

Skyline also mentions that at the end of last January, the Iranian authorities detained the journalist, Mahmoud Mahmoudi, editor-in-chief of the Egrin Roj Weekly newspaper from his home in Sanandaj and took him to an unrevealed location. The government has not announced the charges against journalist "Mahmoudi" till today.

According the Human Rights Activists News Agency (HRANA) Reza was taken into custody to serve a three-year prison sentence dating to June 2019 for “disturbing public opinion” and “disseminating anti-establishment propaganda” in relation to posts on Instagram and Telegram. The sentence also included a two-year ban on political, social and journalistic activity.

Mohammed Imad, Director of Legal Affairs and Policies at Skyline, said, “The increasing arrests and judicial rulings are extremely dangerous; the Iranian government exploits these rulings to suppress its opponents and critics". He stressed that these practices seriously violate the legal rules that guaranteed freedom of opinion and expression and press freedom.

Imad stresses that "the circumstances of the issued imprisonment sentences demonstrate that Iranian judicial authorities determine to issue decisions without informing the accused or even to allow them to defend themselves or appeal those judgments". This confirms that the undeclared goal of these rulings is legalizing prison sentences and restricting freedom. In this context, Imad called the authorities to promptly release journalists and pursue who are suspected of corruption, instead of targeting journalists who perform their job to reveal the truth. .

At the end of its statement, Skyline calls the Iranian authorities to unconditionally release all detained journalists, and emphasizes that journalists' rights to practice their work have fully guaranteed in the set of international agreements. It also calls for forming an impartial investigation committee to investigate into exploiting judicial rulings by influential people.