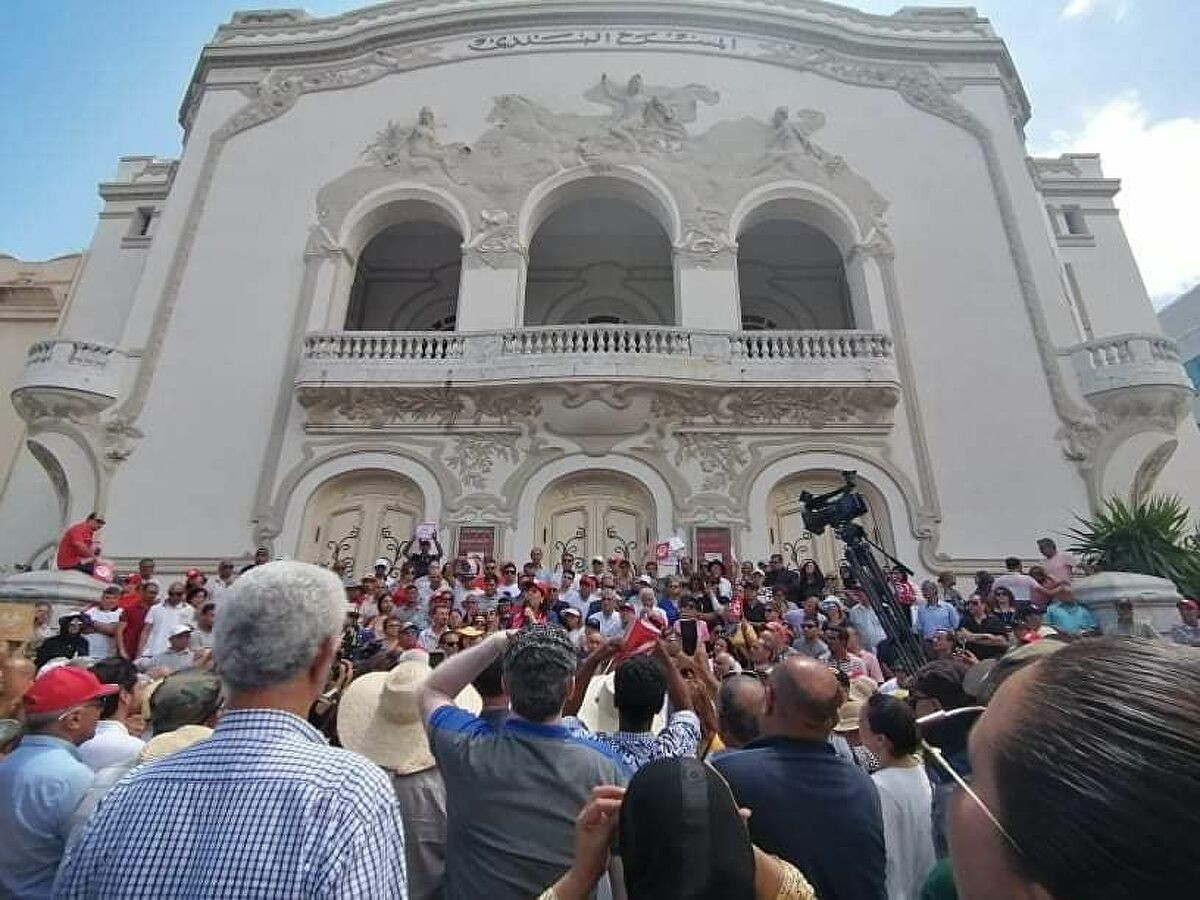 Madrid - Skyline International for Human Rights states that the Tunisian authorities should enable journalists and media workers to perform their work and freely cover any protests, trade union, or political gatherings. Accordingly, it rejects restrictions imposed on journalists and photojournalists during covering a dispersal of one of sit-ins taking place in the capital, Tunis.

In a statement issued today, Thursday, Skyline condemns the attacks on several Tunisian and foreign journalists by members of the National Security Forces on March. 9, Tuesday evening, to disperse a sit-in organized by the "Free Constitutional Party" in front of the headquarters of the Union of Muslim Scholars in the capital, Tunis. Skyline stressed that the government should provide the appropriate environment for journalists to exercise their work.

Skyline indicates that the attacks began when journalists and photographers went to the sit-in to report on the dispersal of the protesters, but security forces asked them to stop reporting and withdraw from the place. As the journalists refused to leave, security forces exerted further control over them through confiscating some of their devices and removing them from the place in an unjustified manner, they also distracted some of the correspondents who were reporting the events directly. Security forces stated that they prevented the journalists from covering the events upon a judicial order to disperse that sit-in.

In this regard, the National Union of Tunisian Journalists (SNJT) condemned the security services' practices against journalists, stating, “the Syndicate considers that the attacks on journalists while covering security interference is a step backward in the partnership program between the SNJT and the Ministry of Interior according to protecting journalists, which was concluded since 2017. " The SNJT stressed that "journalists in the field are a monitoring force on various parties to see how they respect the law and human rights, warning that preventing journalists from covering the course of events flagrantly violates the freedom of media work and the right to obtain information."

Skyline affirms that the attack on journalists by security personnel is unjustified and violates the rules for the freedom to practice journalism, as stipulated in both Tunisian and international law, notably Article 32 of the Tunisian Constitution. This Article stipulates that "the state guarantees the right to media and the right to access information and communication networks. Also, Article 19 of the Universal Declaration of Human Rights states: “Everyone shall have the right to freedom of expression; this right shall include freedom to seek, receive and impart information and ideas of all kinds, regardless of frontiers, either orally, in writing or in print, in the form of art, or through any other media of his choice.”

At the end of its statement, Skyline called on the Tunisian authorities to instruct their security services to follow a policy of restraint, instead of attacking journalists, and to provide them space to exercise their job without any restrictions. It further emphasized that the authorities should conduct an independent investigation into the attacks against journalists and photojournalists and punish the perpetrators.