Skyline: domestic workers in the Gulf have increasingly used social media to open up about their dire working conditions 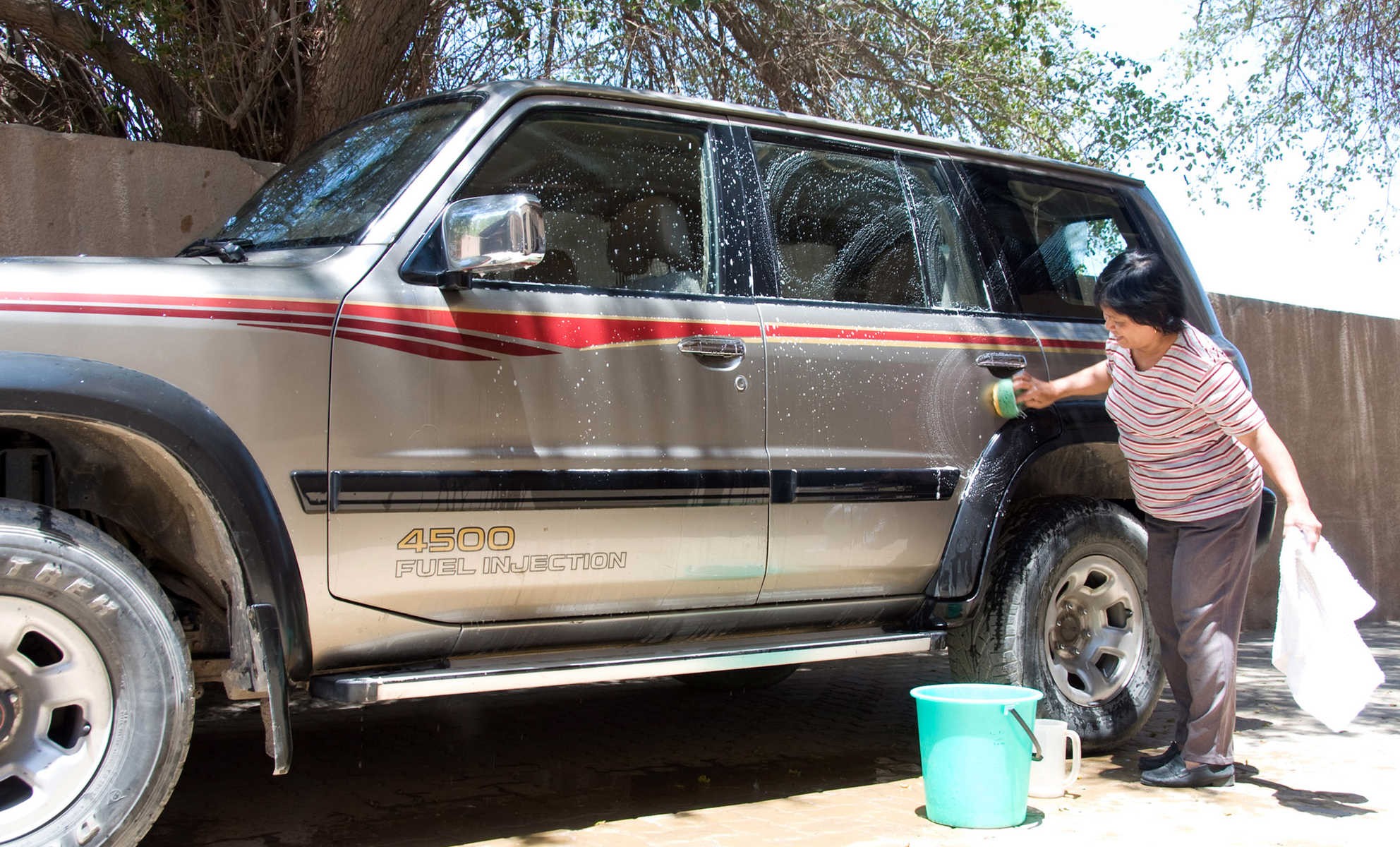 Skyline states that domestic workers in the Gulf states are increasingly complaining about their working conditions on social media, indicating that they are often exposed to human rights violations. Hence, it calls on governments and human rights organizations working in those countries to immediately stop these violations and ensure they enjoy their stipulated rights in relevant international conventions.

Tuesday, Skyline was able to access a series of videos spread through the “TikTok” App. Many domestic workers in the Gulf appeared talking about the violations they were exposed to, such as deprivation of wages, working for long hours, sexual harassment, and racial discrimination. Some workers have posted videos denouncing the great suffering and pressures they face while working in the Gulf, often receiving very negative and mockery comments from other users on the platform.

This is clear in Brenda Dama, 26, a house cleaner for a wealthy family in Saudi Arabia. Since leaving her native Kenya in 2019, she has worked with this family. She has constantly posted videos through her TikTok account, which are often ridiculed by others, comprehensibly reflecting the stress that she and her friends are exposed to during their work.

For instance, Meryjene Cajato, 35, a Filipino worker in Saudi Arabia, said, “the way they express their depression and stress from their work is through TikTok. Friends send me videos and advice. It’s a kind of helpline.”

As of 2016, there are about four and a half million domestic workers in the Gulf, according to a study conducted by the Abu Dhabi Dialogue Forum, a forum on migrant labor.

The figures also showed that about 36,000 new domestic workers go to the Gulf states every year. They are employed through the sponsorship system, giving employers almost total control over them. They cannot change jobs or leave the country without permission from their employer, and their bosses often confiscate their mobile phones and passports.

Accordingly, Skyline indicated that with the decline in freedom of movement due to the covid-19 restrictions in the Gulf, domestic workers have turned to “TikTok” to open up about the way they are treated despite the risk that they may face from their employers. Through the videos, domestic workers vent about the stress they face during work. In contrast, others seek to spread detailed information about their dire working conditions, frequently with a fatalistic sense of humor.

Skyline stated that although some Gulf states have passed laws that help improve the work environment, these laws have unjustly excluded domestic workers. Many domestic workers are overworked, sexually harassed, paid low, and targets of discrimination. The legislations neglected the right of these workers to approach the judiciary if they face any of these violations.

Another issue the Skyline Foundation wants to highlight is communication problems between domestic workers with their employers. The language used in their contracts is often misinterpreted by employers, who benefit from the loopholes in the law. Domestic workers are routinely deprived of their rights approved nationally and by International labor conventions.

Finally, Skyline stressed the need to address this issue in the Gulf region promptly. This area should adopt special legislation, providing domestic workers with respect, and dignity, full rights, including the right to seek justice if they are exposed to restriction or violation. Also, human rights institutions and governments operating in those countries should assume their legal and ethical duties, shed more light on these violations, and create an appropriate environment for these workers.