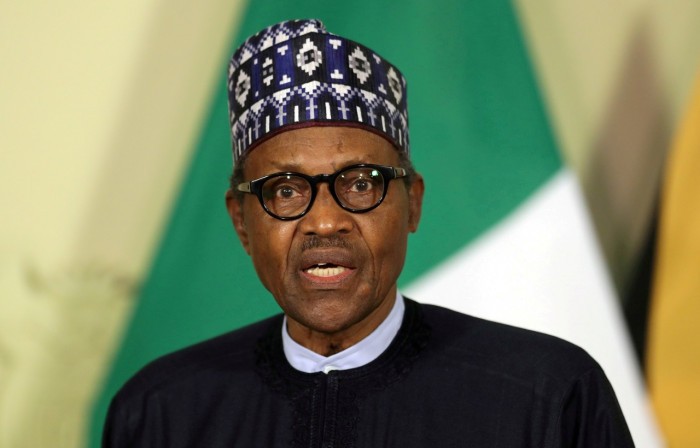 Tuesday, Skyline highlighted that the Nigerian government announced last Friday, June 4, the suspension of Twitter's operations in Nigeria, indefinitely. The move comes after Twitter deleted a tweet by President Muhammadu Buhari. In a statement, Justice Minister Abubakar Malami said he had "ordered the immediate prosecution of offenders of the Federal Government ban on Twitter operations in Nigeria," instructing the public prosecutor to "swing into action." The government of Nigeria alleges that Twitter was being used to undermine "Nigeria's corporate existence.

Skyline indicated that the decision to ban the site came just days after the Twitter platform deleted Nigerian President "Muhammad Buhari" tweet. Many users reported the tweet, which thet considered to have offensive meanings.

Several Nigerian activists stated that the Nigerian leader threatened to deal with people in the country's southeast, blaming the recurring attacks on public infrastructure in the region.

In turn, "Skyline" highlighted the joint statement issued by the diplomatic missions of the European Union, Ireland, Norway, Canada, and the United States, through which they expressed their frustration with the Nigerian government's decision. Meanwhile, local human rights organizations seriously condemned the Nigerian government's action and have threatened legal action if the government does not rescind the decision to suspend Twitter.

Skyline stressed that threatening people with sanctions and prosecution for exercising their fundamental rights to browse online applications and convey information is unacceptable and deliberately violates the rules of international law. Therefore, it is crucial for the international community - especially the specialized UN agencies to take a severe stand toward the Nigerian government's practices against freedom of opinion and expression.

Skyline concluded its statement by calling on the Nigerian authorities to reverse its unlawful decision, stressing the need to spare the basic rights of individuals from political disputes. It also called on the authorities to provide adequate guarantees for individuals to transfer information and express their opinions without any prejudice or prosecution.