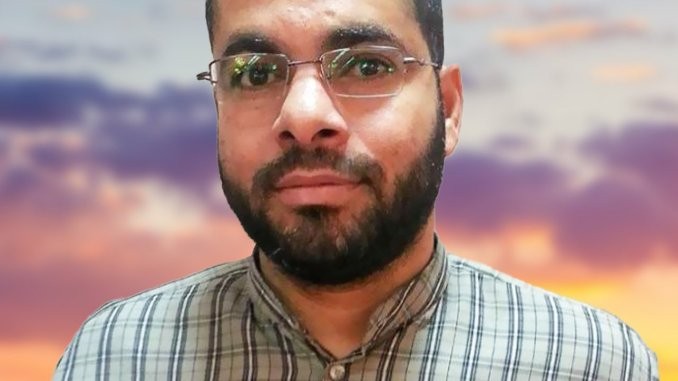 Stockholm - Skyline International holds the Bahraini authorities fully responsible for the death of political detainee “Hussein Barakat,” who unfortunately died after his health deteriorated due to being infected with the Coronavirus. It calls on the authorities to immediately release all political detainees and prisoners of conscience and open a serious investigation into security services’ practices in prisons.

Thursday, Skyline stated that “Hussein Barakat,” who was in the Bahraini “Jau” prison, died yesterday, Wednesday, June 9, inside a Bahraini hospital, after his health deteriorated due to being infected with the Coronavirus and prison authorities’ refusal to allow him temporary medical leave. The Ministry of Interior said that “Barakat” had been fully vaccinated last March, and he was taken from prison to the hospital on May 29.

Skyline shed light on the Bahrain Institute for Rights and Democracy’s published audio recording of Barakat’s wife last Tuesday. The audio showed Barakat’s wife had asked the prison administration to see her detained husband and his health file after telling her that he could not breathe and was “going to die.”

The human rights foundation “Skyline” stated that dozens of activists launched several hashtags to interact with this issue, most notably, #SaveBahrainiPrisioners and #MartyrHusseinBarakat, which were trending in Bahrain. Activists renewed demands on Twitter for the immediate and unconditional release of prisoners of conscience and the need to defend their rights. They stressed that there is a real danger threatening the safety of detainees due to the outbreak of the Coronavirus and deliberate medical negligence by the prison administration.

In turn, Skyline expressed its deep concern at the deterioration of the health conditions of dozens of Bahraini prisoners and activists due to the prison administration’s refusal to allow them to exercise their fundamental rights guaranteed by both Bahraini and international law. It is noteworthy that political prisoners in Jau Prison and other Bahraini prisons are exposed to ill-treatment and several violations, especially the deliberate medical negligence policy.

Skyline highlighted that the Office of the High Commissioner for Human Rights (OHCHR) demanded the Bahraini authorities release detainees to reduce overcrowding in prisons and reduce the risk of the Coronavirus spread among prison inmates. The OHCHR also stressed the need to free those detained who expressed critical opinions protected by international human rights law.

It is noteworthy that the Bahraini authorities had sentenced “Barakat” and 53 others to life imprisonment in a mass trial that included more than 138 defendants for allegedly belonging to a terror cell and threatening the security and stability of the country.

Skyline International called on the Bahraini authorities to stop their violations against detainees in the Bahraini Jau Prison and to form an urgent investigation committee to investigate allegations of deliberate medical negligence by the prison administration. It also called the prison administration to allow human rights centers to enter the prison, write down the detainees’ testimonies and complaints about their health conditions, and improve detention conditions.

At the end of its statement, Skyline stressed the need to ensure that detainees, especially prisoners of conscience, exercise their rights under the Bahraini constitution and international law. It has also called for immediate and unconditional release, stressing that arresting people based on their political positions or opposition to the regime is an unjustified violation of freedom of opinion and expression guaranteed by international law. It finally has called upon international organizations, foremost of which is the United Nations, to exercise a more significant positive role to stop the Bahraini authorities’ violations of the detainees’ rights in prisons.