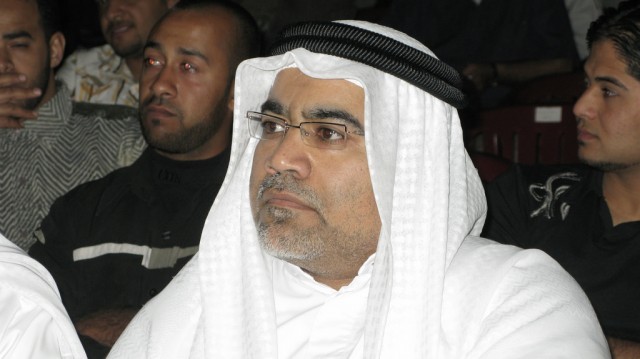 STOCKHOLM - Skyline International stated that the Bahraini authorities are deliberately turning a blind eye to the violations taking place in their prisons, especially the “Jau Prison”. This portends an imminent human rights disaster, especially in light of repeated protests inside the prison due to the inhumane practices committed by the prison staff.

Recently, Dr. Abduljalil Al-Singace, who is sentenced to life imprisonment, has started a hunger strike since July 8, 2021 in protest of the ill-treatment he is being subjected to inside Jau Central Prison, especially by the officer "Mohammed Yusef Fakhro". These practices seriously violate a set of basic rights guaranteed by international law.

Thursday, "Skyline" reported that Dr. "Al-Singace" protested several times against his poor medical care. He suffers from dizzy spells that cause him to fall. He also reported that he had fallen due to the slippery rubber stoppers on his crutches, which had not been replaced despite the fall and multiple requests to replace them.

It is worth noting that Dr. Abduljalil Al-Singace is a Bahraini academic and a human rights activist and blogger until 2011, when he was imprisoned for his participation in the protests. He is one of the “Bahrain 13” group, which includes political leaders who were arrested for their role in the democratic movement in Bahrain in 2011 in a trial that failed to justice for trying to overthrow the government.

"The detention conditions in Jau Prison are worrying, inmates are suffering a deterioration in services and health care. This may lead to a catastrophe with unexpected result," said Skyline.

Instead of responding to international demands to reduce overcrowding in prisons, to reduce the risk of the spread of Coronavirus among the prison inmates, the Bahraini authorities are arresting more people and exposing them to the risk of infection," added Skyline

Skyline called upon the Bahraini authorities to stop their violations against detainees inside the Bahraini Jau Prison, form an investigation committee to find out the effects of those violations, and bring the violators to trial. It also called on the authorities to allow the human rights centers to enter the prison and write down the detainees' testimonies about their health conditions and the complaints they want to submit, improve the conditions of detention, prevent prison overcrowding.

Finally, Skyline stressed the need to enable all detainees, especially prisoners of conscience, of their guaranteed rights in accordance with the Bahraini constitution and international law alike, and exert efforts to unconditionally release them. It further emphasized that arresting people based on their political stances or their opposition to the regime is a violation to the right of freedom of opinion and expression guaranteed by international law.