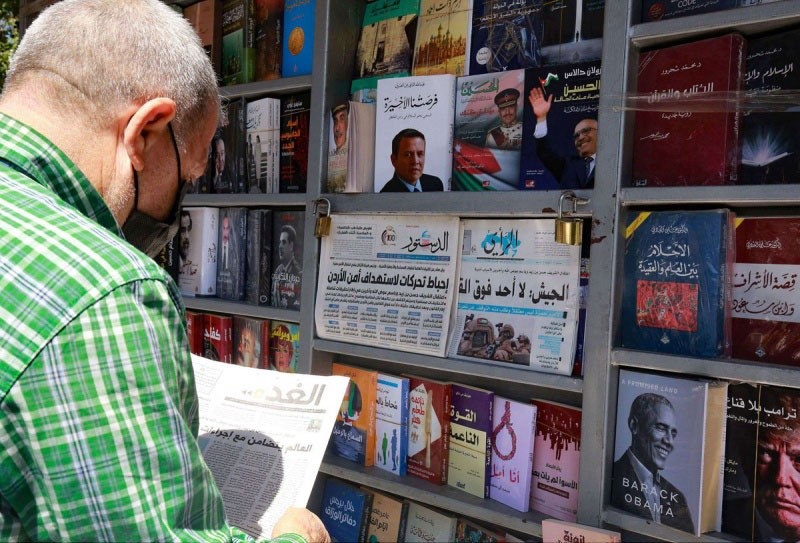 STOCKHOLM - Skyline International for Human Rights states that the Jordanian government should review its policy of freedom of expression especially after media commission made a regulation providing for amending the country's media systems, imposing new restrictions on the publishing companies, increasing the amounts collected from websites. Also, there are many other decisions made to restrict freedom of expression guaranteed by both the Jordanian constitution and international law.

Monday, Skyline states that upon the Coordination of Websites request to reject the media commission’s proposal, Jordanian activists launched a huge electronic campaign yesterday evening, Sunday, to demand the withdrawal of the amended media system. Before this step, protest was made in front of the Jordanian Journalists Syndicate on the same day.

Social media activists emphasized that the amendments to the media regulations constitute a restriction on freedom of expression and opinion. These amendments violate the Jordanian law and constitution. Thus, they call on the withdrawal of these amended systems by the Legislation and Opinion Bureau, as a first condition for dialogue.

Skyline points out that the Jordan Journalists Syndicate is determined to their demand to cancel the item related to increasing the fees for renewing licenses of electronic publications, and canceling the amendments related to the prior licensing on radio and television broadcasts over the Internet.

It is worth noting that the Media Authority - a government agency - has sent amendments to the Prime Ministry to “licensing fees for printing presses, publishing and distribution companies, studies and research offices, advertising offices and periodical publications. Also, the authority sent amendments to make license for monitoring audio-visual works and a modified system for Radio and TV broadcast licenses and rebroadcast of Radio and TV broadcasting”.

These amendments include increasing website licensing fees from 50 to 500 dinars (70-700 dollars), imposing 2,500 dinars (3,500 dollars) for granting licenses to broadcast radio and television programs on the Internet, and imposing fees on publishing companies.

After demands made to withdraw the proposed amended regulations, pending consultation with the Syndicate and journalists, the Minister of State for Information Affairs, “Sakhr Dodin”, announced last Wednesday, the removal of the amended regulations by the Media Authority from the Legislation and Opinion Bureau’s website. However, the Websites Coordinating Committee -described the procedure as “backhanded way to ignore the demands of journalists, which focus on the withdrawal of the amended regulations for the media systems from the Legislation and Opinion Bureau and not only removing them from its website”. The committee stressed that it will continue its procedures and demands.

For its part, Skyline stresses that freedom of opinion and expression is one of the basic rights guaranteed by the Jordanian constitution and international law in several conventions, most notably the Universal Declaration of Human Rights and the International Covenant on Civil and Political Rights. Article 19 of these conventions stipulate “Everyone has the right to freedom of opinion and expression; this right includes freedom to hold opinions without interference and to seek, receive and impart information and ideas through any media and regardless of frontiers”.

Skyline concludes its statement by calling on the Jordanian government to review its policy and decisions regarding freedom of opinion and expression in the country, stressing that the government’s effort should be made to enabling individuals and media entities to exercise the right to freedom of opinion in a manner meet their aspirations.