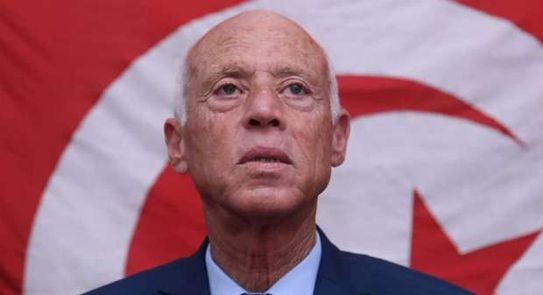 STOCKHOLM - Skyline International for Human Rights expresses its deep concern over the continued human rights violations in Tunisia, which began since the Tunisian President Kais Saied announced new measures on July 25, 2021. These measures include suspending parliament, lifting parliamentary immunity, taking over supervision of public prosecution, dismissing the Prime Minister, and assuming the position of Attorney General.

Sunday, Skyline states that the human rights situation in Tunisia is in a continuous decline after the recent decisions of the Tunisian President.  These decisions more restrict freedom of opinion and expression, as newspapers and websites have become monitored, and the right of movement and travel is illegally restricted. This flagrantly and illogically breaches a wide range of rules and conventions of international law.

Recently, security forces in plain clothes raided ‘’Instalingo’’ company without showing a judicial warrant, then they seized the company's equipment. In a statement posted on his Facebook page, Haitham Al-Kahili, founder of Instalingo, said, “After months of incitement and intimidation, the Instalingo company raided by security forces in civilian clothes, without any judicial warrent, and the company’s computers are seized’’.

He added, ‘’All the company's employees, including translators, journalists, and administrators, were forced to appear forcibly for 3 days for dozens of hours at a security agency to be investigated without the presence of a lawyer, and their mobile phones were seized."

Al-Kahili also confirmed, “After a full week of investigations, and after all security units of all kinds, especially technical ones, were mobilized, the search was in vain, as they did not find large amounts of money, neither cash nor in bank accounts, and they did not find anything that would condemn the company or any of its employees."

For its part, the National Syndicate of Tunisian Journalists and Reporters Without Borders called for “urgent intervention and protection of the rights of 22 journalists working in the company. This is following the violations of their professional rights guaranteed by Tunisian law.

In this context, Skyline highlights that the recent measures announced by the Tunisian President, resulted in the arrest of 3 members of the Tunisian Parliament on charges related to freedom of expression, and the authorities placed at least 50 Tunisians under house arrest in an arbitrary manner, including former officials, a judge and 3 deputies. Also, dozens of newspapers and websites are daily raided without judicial warrant.

"Skyline" concluded its statement by calling on the President of the Republic, "Kais Saied", to reverse all decisions that would illegally violate the basic rights of individuals, stressing that the continuation of these decisions will lead to serious consequences, as they clearly violate international law’s rules and conventions.

Finally, Skyline calls on the Tunisian authorities to exercise a policy of restraint, work to enable individuals to exercise their right to express their opinions, and start a comprehensive reform process by reactivating Parliament, and calling for a comprehensive national dialogue with the participation of all political forces. This must be done to ensure that individuals are protected and discuss mechanisms to restore stability to the country.