MADRID — In view of worldwide efforts to limit the spread of the Coronavirus, including official encouragement for people to work from home, Skyline International calls on the government of the United Arab Emirates (UAE) to lift the ban on voice and video calls via Internet applications.

The Madrid-based organization indicates that lifting the ban is particularly vital in conjunction with the UAE’s decision to close all public and private schools and institutions of higher education — for a month, beginning March 8 — in an attempt to reduce the spread of Coronavirus infections.

It has also banned video services, which has caused great difficulties during recent months both for citizens and for foreigners residing in the country.

Furthermore, the UAE has explicitly criminalized the use of video calling services, which were banned in recent years despite their importance in working life in the electronic world internationally.

In the UAE a verified user of these electronic services can be punished with a fine ranging from half a million to two million dirhams, or with imprisonment, or both.

As an alternative service, the government provides a set of apps, such as ToTok, to which one can subscribe for around 50 dirhams per month.

However, ToTok has been proven to be a secret spy tool for UAE authorities, and thus has been removed from Android and Apple stores.

The imposition of strict controls that impede electronic communication with the outside world is a violation of people’s fundamental rights and freedom.

As the world takes steps to reduce the threat of the Coronavirus, more people take measures to work from home and to do many tasks online, compounding the impact of the UAE government’s restrictions.

They are particularly stifling in view of the current health risks and the major economic implications of the virus.

Skyline International stresses that all barriers must be removed now in order to allow people to do their work online and remotely.

It has appeared in previous reports that Microsoft and Apple are in talks with the UAE government about lifting the ban on Skype and FaceTime.

However, audio and video communication services are still prohibited.

Skyline International urges the government of the United Arab Emirates to immediately restore all currently prohibited voice communication services, as part of the world’s measures to reduce the spread of the Coronavirus.

The international organization also calls on the United Nations and allied countries to put pressure on the UAE to end their prohibitions, which have not only violated the freedoms of communication and expression but have also posed a greater threat to human rights by contributing to the spread of a major health risk instead of promoting necessary safety measures. 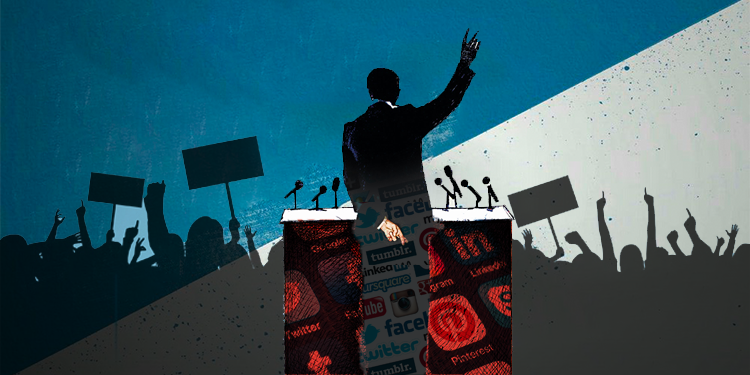 Following the tightening of restrictions in several countries,... Skyline Internat...

Stockholm - Skyline International for Human Rights states that the biggest challenges currently facing the right to freely use s...