Palestinian Territories: the Israeli army arrests a journalist and extends administrative detention against a female journalist to continue its systematic campaign against journalists 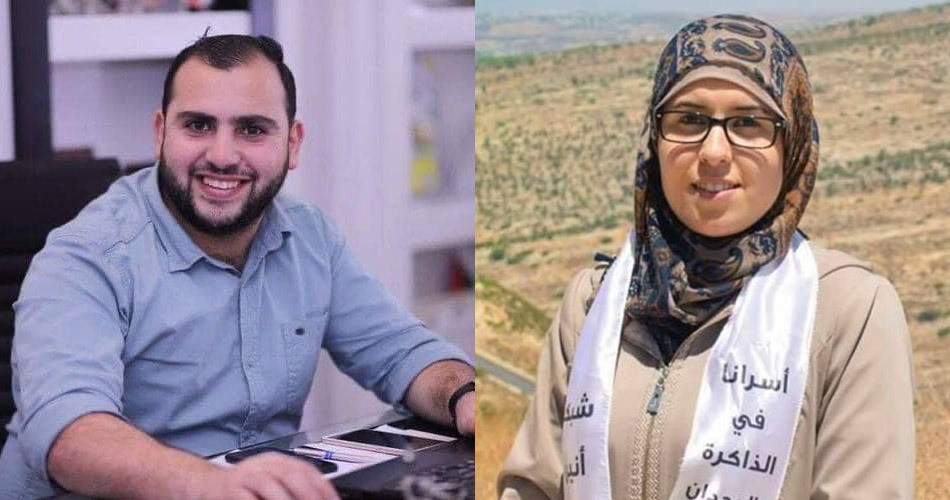 Stockholm- Skyline International for Human Rights condemns the Israeli army's arrest of a Palestinian journalist and the extension of the administrative detention of another West Bank journalist.

In a statement released today (Monday), Skyline states that Israeli forces arrested at dawn today journalist "Musab Qafisha", who works for Alam Radio and is a reporter for some local agencies and websites, after raiding his home in the southern West Bank city of Hebron.

In a similar context, the human rights foundation Skyline condemns the extension by Israeli authorities of the administrative detention of Palestinian journalist "Bushra Al-Taweel" from Ramallah in the central West Bank. Ifounders out that an Israeli court has decided to extend the administrative detention against Al-Taweel for three more months. It stresses that this is not the first time Al-Taweel has been arrested, as she has been arrested several times before, the first time in 2011 when she was under 18 years old and was sentenced to 16 months in prison.

Skyline indicates notes that the Israeli army is still detaining 16 Palestinian journalists in its prisons, some of whom are serving prison sentences and the rest are administrative detainees. This detention violates the law as people are not arrested on public charges, but arbitrarily detained on the pretext of the existence of a secret file.

Skyline International reiterates its deep concern about the escalation of abuses committed by the Israeli army against Palestinian journalists. It further stresses that the policy of restriction and persecution pursued by Israel seriously violates numerous international conventions guaranteeing the special protection of journalists and calls on the international community to play a more effective role and act in this regard.

Finally, Skyline calls on the various United Nations mechanisms to take more effective action to end systematic Israeli violations against journalists and media freedom in Palestine, and to ensure that journalists can work without fear and intimidation.