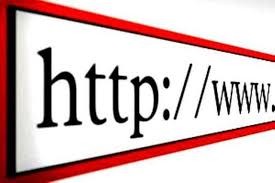 STOCKHOLM- the Algerian authorities have stepped up their campaign against online media outlets by arbitrarily blocking their websites without any justification, stirring condemnation from Skyline International Foundation.

The Stockholm-based international foundation states that the authorities have recently shut down "Le Matin d'Algerie" news website, as the website's management said.

Skyline reaffirms that restricting the Internet reflects a repressive regime that does not accept different opinions, and flagrantly violates freedoms and the right to access information.

Skyline highlights that international covenants and agreements guarantee the right to freedom of expression and the press, including Article 19 of the Universal Declaration of Human Rights, which states that "Everyone has the right to freedom of opinion and expression; this right includes freedom to hold opinions without interference and to seek, receive and impart information and ideas through any media and regardless of frontiers".

The international foundation warns of the Algerian authorities' attempt to muzzle dissent voices and restrict independent media, in contravention of the commitments of the Algerian President Abdelaziz Taboun regarding protecting freedom of expression and safeguarding all kinds of freedom in the country.

Skyline International calls on the Algerian authorities to stop restricting online media outlets that have different opinions and to unblock their websites.

Accordingly, Skyline stresses that Internet service providers in Algeria must abide by the "United Nations Guidelines on Business and Human Rights", which are the most acceptable set of human rights principles for business, and reconsider their blind cooperation with the authorities.