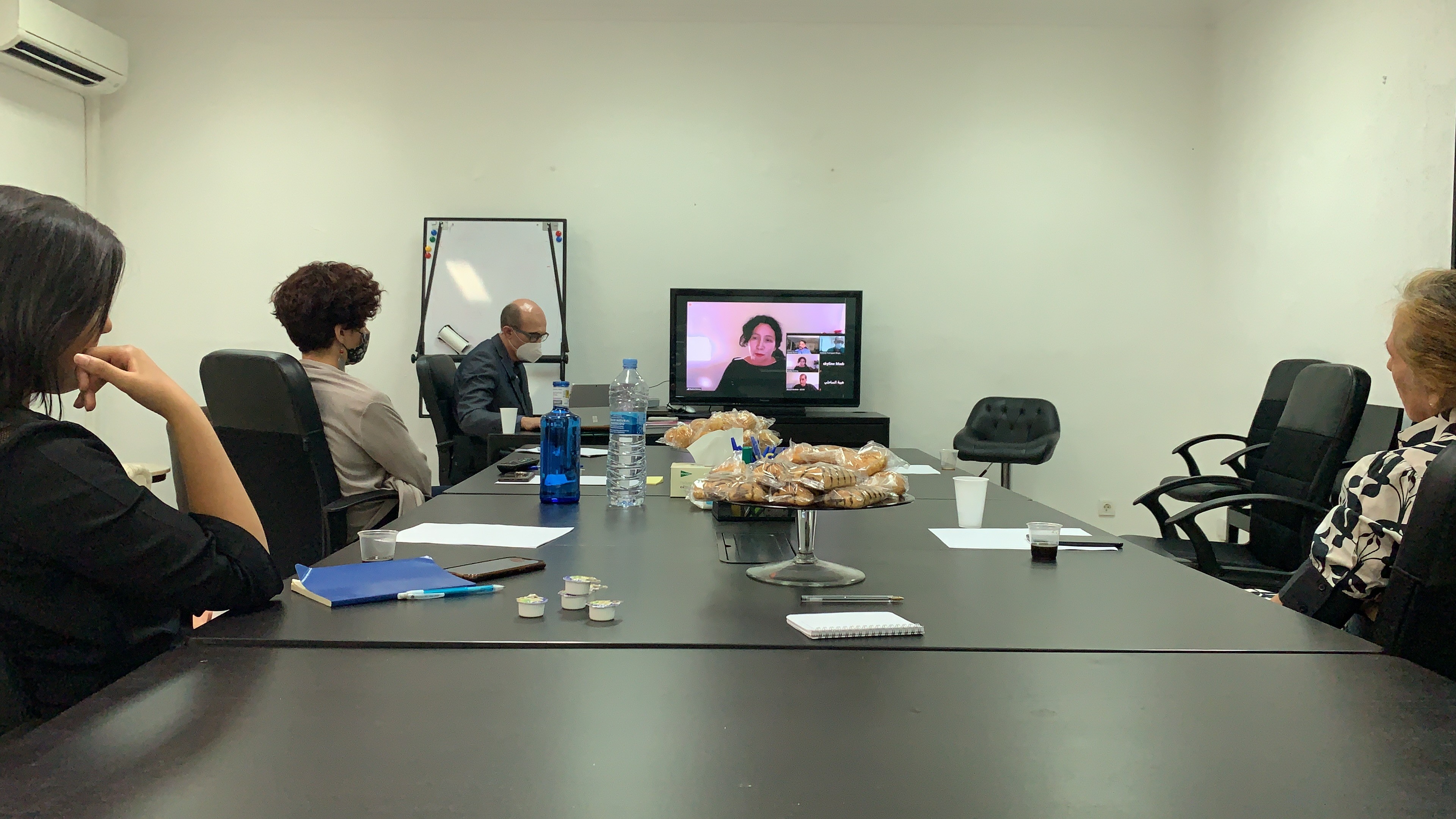 STOCKHOLM – During a roundtable inauguration organized by Skyline Foundation via the Internet, human rights activists agreed that public freedoms are deteriorating in the MENA region, especially in Saudi Arabia and the UAE.

The discussion was held in Madrid, on Sep 8, and focused on the future of freedom of expression in the Mediterranean. The participants are Radha Stirling, human rights activist and director of "detained in Dubai" organization, Antonio Rodriguez-Magarinhos, lawyer of the administration justice, and Khalid Ibrahim, executive director of the Gulf Center for Human Rights.

In this regard, the director of GCHR, Khalid Ibrahim, mentioned that freedom of expression in the MENA region is going through one of the worst periods in modern history.

Ibrahim also added that back in 2000, most of his colleagues were able to move freely, but now most of them are in jail. He mentioned that colleagues from Saudi Arabia and Syria have been detained or persecuted for their activism. In such countries, newspapers were closed, and people who are doing their best to contribute to public debates were detained. Moreover, Arab regimes are developing new cybercrime laws targeting people online, which further restrains freedom of expression.

Accordingly, Antonio Rodriguez mentioned that it is quite challenging to define freedom of expression today due to the international system's current instability and the proliferation of terrorisms and other security threats.

She further said that Emirates journalists are scared of speaking the truth due to the legal consequences.

Inline manner, Antonio stated that he believes there is little awareness about these problems at the EU level. In the EU, people are more aware of global warming and data protection than the Mediterranean's current human rights situation. Indeed the situation regarding freedom of speech is terrible in many countries of the Mediterranean.

Rivera commented that " the EU claims to be investing a significant amount of resources in addressing the lack of human rights in the Mediterranean."

Then, he posed a question: given the challenging situation, we are living right now, why EU assistance has had such a limited impact. However, some countries like Turkey, Saudi Arabia, UAE, Qatar, and Israel have close ties with the European Union. Still, yet our ability to pressure them in this regard has been minimal.

Radha mentioned that the EU is aware of these problems, but they seem very reluctant to act even when their citizens suffer from human rights abuses; it is hard to motivate them. Also, the lack of freedom of expression costs money to the EU.

She further said that these regimes charge journalists with crimes even when they are not in the country (tried in absentia. Their names are sent to Interpol, who would make the arrest, and these journalists are detained for several weeks, and they are even subject to extraction procedures. This comes at a considerable cost for the EU.

In this respect, Skyline's director pointed out that perhaps one of the biggest problems is the lack of EU's coordination among its members. He noted that many countries in the EU agree with other countries that do not respect human rights.

He mentioned an example of the Catalonian government president Roger Torrent, whose phone was hacked by an application called Pegasus. This application was developed by the Israeli military to fight terrorism, but today it is used by other companies and states to spy on their citizens. He further wondered: shouldn't the EU be concerned about how some partners such as Israel empower other countries that violate human rights?

After that, Ibrahim Khalid added that it is well-known that Arab governments are using soft and hardware technologies produced in the west to enhance surveillance over their population and the Internet.

He also added that the EU adopted the international guidelines for protecting human rights, but they did not act on it yet. The EU has not implemented these regulations. For instance, at the diplomatic level.

Khalid thinks a better strategy focused on the diplomatic level could make a significant difference, and Radha, for instance, pointed out that small changes could lead to substantial reforms. She pointed out that, for example, just adding a label that could warn of the dangers of doing business in the MENA region could have a significant effect on the relationship between the EU and its partners in the Mediterranean.