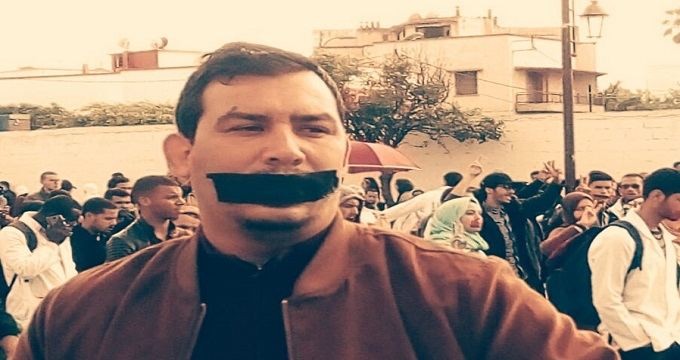 STOCKHOLM - Skyline calls on the Moroccan authorities to immediately release a human rights activist who was arbitrarily arrested two days ago for expressing an opinion.

In a press statement, Skyline states that the arrest of the activist "Yassin Bin Saleh" in Kalaa Saraghna city, central Morocco, is a new episode in a long series of violations of public freedoms in the country.

Skyline complied testimonies indicating that Bin Saleh was arrested on Monday due to a complaint by the General Administration of National Security. Thus, an arrest order was issued against him last week to be fined and imprisoned for two months.

This happened due to a tweet that Bin Saleh wrote about the death of a Moroccan citizen in a private hospital after falling from an upper floor. He has been harassed and threatened to stop discussing the case.

Skyline confirms that the arrest of Bin Saleh on the grounds of his public views is unacceptable and inconsistent with the Moroccan constitution, which guarantees freedom of expression in Article 25 without any governmental restrictions. It also contradicts the "Marrakesh Declaration" adopted by national human rights institutions in Morocco in 2018, which calls for expanding the civil space, strengthening the capacities of human rights defenders and protecting them from arrest, abuse and persecution.

The human rights foundation "Skyline" urges the Moroccan authorities to drop all charges against the activist, Bin Saleh, and to immediately release him. It also calls the authorities for ensuring fair and transparent judicial procedures for him and protecting his right to freedom of opinion in accordance with international laws and legislation.

Skyline also points out that Morocco has a long history of detaining journalists and bloggers for expressing their opinions on social media. This is inconsistent with international law, especially the International Covenant on Civil and Political Rights, which Morocco ratified in 1979.