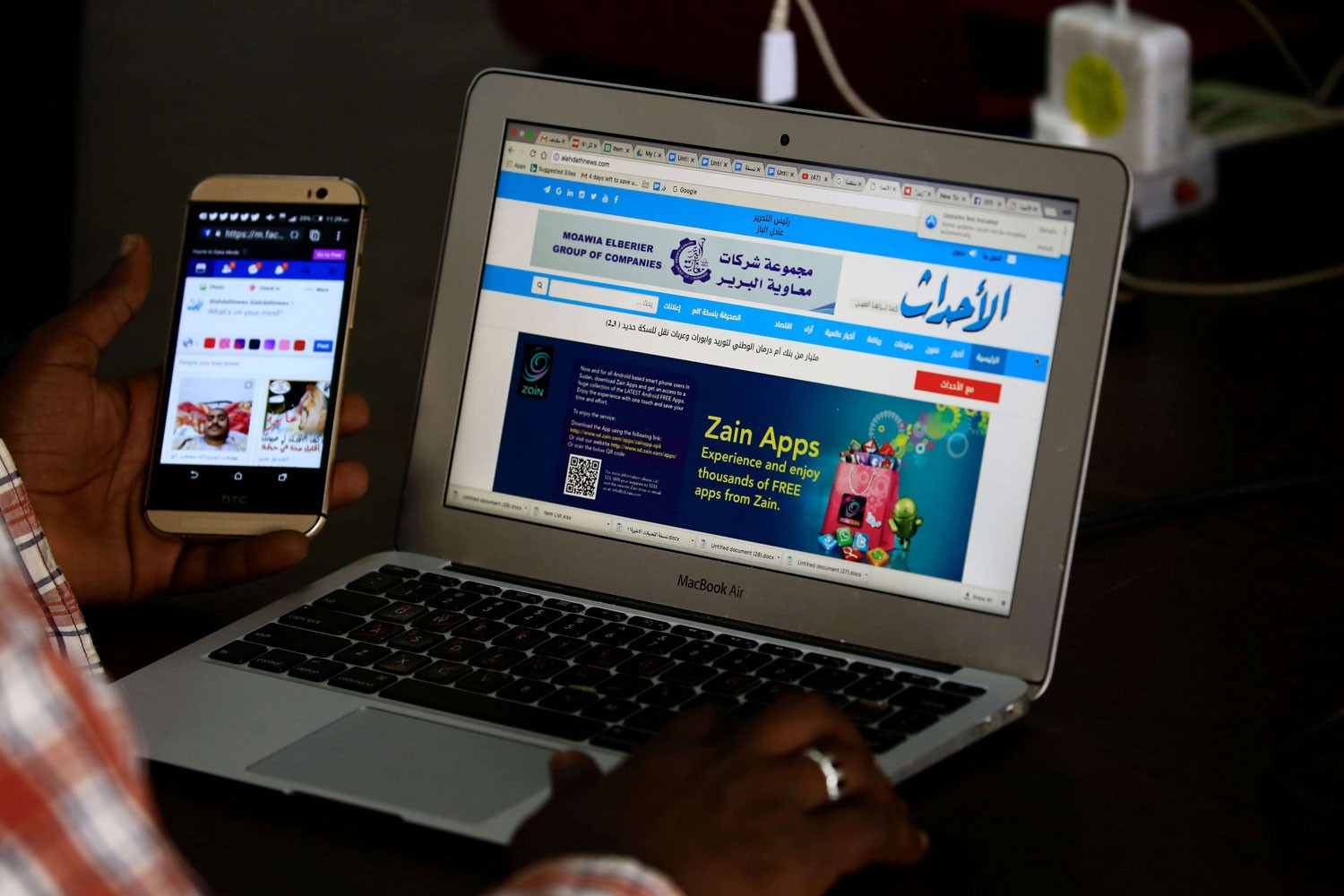 STOCKHOLM - Skyline International is gravely concerned about tightening measures that muzzle dissents and suppress public freedoms in Sudan through journalists' arbitrary prosecutions. This happens under amendments made to the "Information Crimes" law that combats cybercrime.

"We seriously consider Sudanese journalists who are exposed to threats of prosecution for allegedly combating false news against the army if they publish critical reports." Said Skyline.

Skyline also points out that these threats have increased after the transitional government in Sudan made an amendment to tighten sanctions without specifying the nature of false news or what it means to discredit the army. Thus, terms remain overly broad and could easily be used to silence journalists.

Prison sentences are tightened for many crimes in amendments to the Anti-Cyber Crime Law last July. The maximum prison sentence under Article 23, which includes a vague ban on "spreading false news" to threaten public safety, is raised to four years instead of one year.

The Sudanese army stated that it had appointed a special commissioner to file lawsuits against individuals who "abuse" the armed forces, including activists and journalists who write on the Internet, inside and outside Sudan.

The "Information Crimes" law is a general law passed in 2007 and was used by the former regime to target those who criticize the government online. It also criminalizes vague concepts such as "spreading false news" and publishing "indecent or immoral content." When Sudan enacted the "Information Crimes" law, it had authorized police, prosecutor, and court for that type of online crime.

The recent amendments have not reformed problematic provisions in the law but instead increased prison sentences. The army has threatened to use the Press and Publications Law and provisions for "crimes against the state" in the 1991 Criminal Code.

Under the recent amendments, the transitional government tightened its legislation against cybercrime, which journalists fear that the government will resort to combating electronic journalism and comments on social media.

Although the law deals with fake news, officials' and their opponents always reject reports that discredit them as they consider them "fake news". Sudanese journalists and activists fear that the military will use the accusation to silence criticism instead of combating disinformation.

Accordingly, Skyline affirms that it opposes any measures tightening public freedoms and targeting freedom of opinion and expression on the pretext of discrediting army's figures. It also stresses that the Information Crimes Law needs defining terms such as maintaining public order and morals.

Skyline warns that the law mentioned above could be easily misused by the Sudanese authorities to prosecute and harass journalists, bloggers, and human rights activists, violating international conventions and covenants.

Skyline indicates that the amendment of the Information Crimes Law and the stepped-up restrictions on journalists occur in an already deteriorating condition of public freedoms and government campaigns of intimidation, harassment, arrest, and attacks on journalists and others.

Skyline finally stresses that the Sudanese authorities should reform the laws to bring them in line with international standards and cancel the inciting and insulting vague provisions instead of amending laws to make them more repressive and intimidating against freedom of expression.