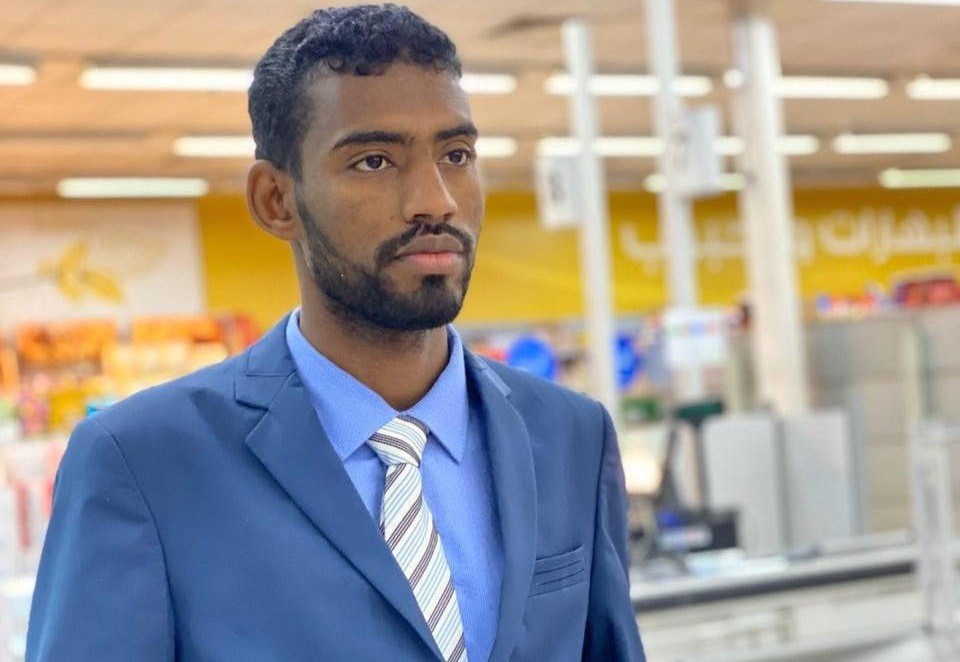 STOCKHOLM - Skyline International Human Rights stated that the ruling issued by the Saudi judicial authorities against the Sudanese journalist and activist "Ahmed Abdelkader" in prison and final deportation from the country on the ground of expressing his views on social media indicates the dangerous human rights condition and the low freedom of opinion and expression's index in the country.

In a statement issued today, Tuesday, Skyline said that a Saudi court sentenced Sudanese journalist Abdelkader, 31, to four tears in prison on 8 June, 2021 for “insulting the state’s institutions and symbols” and “negatively speaking about the kingdom’s policies” among other vague charges.

"Skyline" stated that Saudi authorities arrested Abdelkader when he arrived at King Abdulaziz International Airport in Jeddah on April 19 and detained him first in a police station in Jeddah for 3 weeks and then transferred him to al-Shumaisi detention center near Mecca.

The Sudanese journalist attached on his Facebook page a photo of him handcuffed and said "I was arrested from Jeddah airport directly, I will not be available for a period of time, you know the rest."

According to human rights sources, Abdelkader was denied access to a lawyer, including legal representation at his trial. His trial consisted of only two short sessions. In the first, the charges were read out to him, and the judge denied him the chance to defend himself. In the second, the judge immediately read out Abdelkader’s sentence, a source with direct knowledge of the case told Human Rights Watch.

Skyline has been able to view a copy of the ruling issued against Abdelkader which stated "the Fifth Joint Criminal Court in Jeddah, Saudi Arabia, sentence the international and diplomatic relations consultant and Sudanese journalist Ahmed Abdelkader to a term not exceeding 4 years starting from the date of suspension pending investigation based on the first paragraph of Article 6 of the Cybercrime Combating Law, closing his Twitter and Facebook accounts and confiscating his phone based on Article 13 of the same system.

The Saudi authorities' justified the ruling by stating that Abdelkader was convicted on charges of posting tweets “insulting to the states’ institutions and symbols and to the [Saudi-led] coalition forces in their war against terrorist Houthi militias,” “speaking negatively about the Kingdom’s policy and its relationship with the Government of Sudan,” “accusing the Kingdom of interfering in Sudanese affairs,” “exploiting the Hajj season for economic purposes,” “accusing the Saudi media of supporting the terrorist organization ISIS".

Accordingly, "Skyline" criticized the prison sentence issued against the Sudanese journalist, stressing that it had reviewed many of the tweets and posts that "Abdelkader" shared on his social media accounts and found that these posts do not contradict freedom of expression and opinion's rules and don't include hatred or incitement.

"The Saudi judicial authorities' justifications that mentioned in the ruling’s rationale are unrealistic. Moreover, the conditions of the Sudanese journalist’s speedy trial and his deprivation of legal representation demonstrate just how determined Saudi authorities punish anyone who criticizes its policies and performance, under the legal cover to evade criticism of human rights institutions". Said Skyline.

Abdelkader lived and worked in Saudi Arabia for five years, between 2015 and December 2020. Then he left the country with a final exit visa, required to leave Saudi Arabia permanently. In April, he traveled back to Saudi Arabia on a new work visa and was arrested upon entry.

Skyline concluded its statement by calling on the Saudi authorities to reverse their decision and unconditionally release the Sudanese journalist, stressing that these practices seriously violate a set of international covenants that guarantee freedom of opinion and expression without restriction or prosecution. It further stressed the need for the competent international bodies to monitor the continuous and alarming decline in the human rights situation in the country, especially the freedom of expression and publication social media.