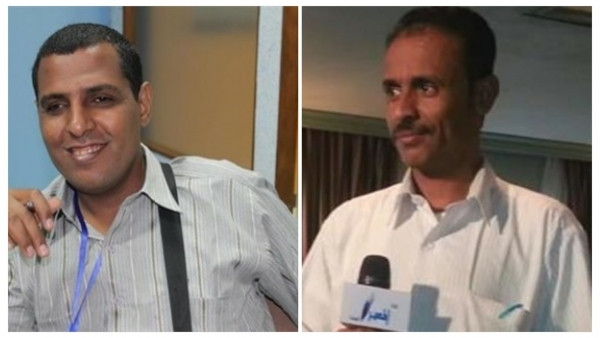 STOCKHOLM - Skyline states that the repeated practices of persecution and threats against journalists and media professionals in Yemen seriously violate international legal rules that guarantee freedom of opinion, expression and journalistic work.

On Sunday, Skyline expresses seriously condemns Hadhramout's authorities' decision to bring the two journalists, "Sabri bin Makhashin" and "Awad Kashim", to the trial in absentia due to the investigations they conducted about the practices of the authorities in Hadhramaut. The first session of the trial will be held in February.

Skyline denounces the intention of the criminal prosecution in Hadhramaut to announce the journalist, "Bin Makhashin", a fugitive from justice, and that it will follow up on him through Interpol, stressing that these practices clearly and seriously violate the international rules for protecting journalists. Skyline sheds light on the Syndicate of Journalists' statement, which it published last Thursday, in which it expressed concerns over the decision to prosecute journalist "Bin Makhashin" through Interpol.

In its statement, the Syndicate confirmed that "Bin Makhashin was forced to leave Hadramawt after a series of chases, arrests and imprisonment, on the grounds of publishing issues that the authorities in Hadhramaut had altered as disturbing social peace and harming military operations."

The Criminal Prosecution in Hadramout had released journalist Awad Kashim in March 2018, with a commercial guarantee, a month after his arrest due to criticizing the local authority. In late January 2019, the Military Intelligence in Hadhramaut released the journalist, "Bin Makhashin" after a two-month detention on the ground of writings and publications criticizing the governor of Hadhramaut, "Faraj Al-Bahsani".

In turn, Skyline holds the authorities in Hadhramaut responsible for their failure to provide adequate protection for citizens and journalists in particular and to take the absentee and illegal trials against journalists with seriousness. Therefore, it stresses that the silence of these parties and indicates the possibility of collusion between political and judicial bodies that jointly violate basic legal rules.

Skyline concludes its statement by calling on the judicial authorities in Hadhramaut to move quickly and undo decisions whose content constitutes a threat to journalists in particular and freedom of opinion and expression in general. It further calls upon the authorities to work to ensure that journalists and individuals are able to exercise their basic rights guaranteed by Yemeni and international law which include freedom of information dissemination without restriction or prosecution.