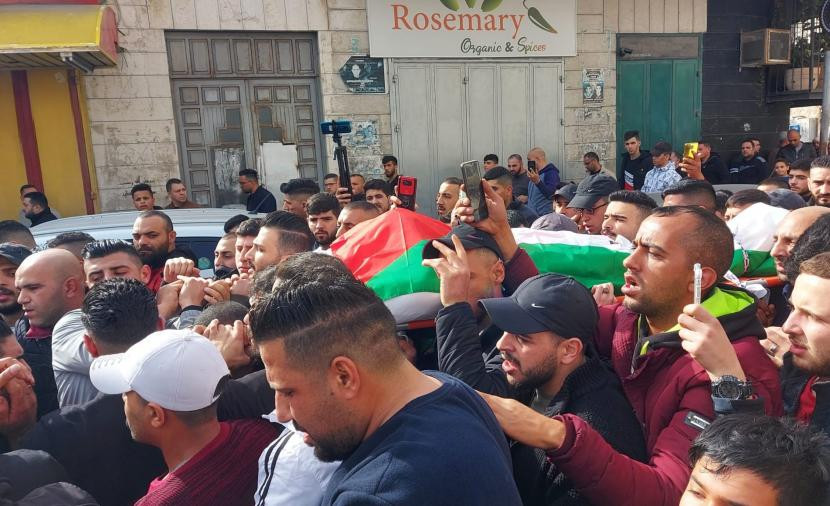 STOCKHOLM – Skyline calls on the Palestinian government to stop security forces' escalating violations in the West Bank such as suppressing peaceful demonstrations and gatherings, arresting, degrading and torturing activists, and refusing release detainees despite courts' decisions.

Wednesday, Skyline states that it closely follows up the repressive practices of the Palestinian security services against activists in various cities of the West Bank on the ground of peaceful protests or exercising freedom of opinion and expression, and union work.

"Skyline" reports that on Sunday, December 12, the Palestinian Authority security forces, attacked, without any reason, those who participated in the funeral of the Palestinian "Jamil Al-Kayyal", who was shot dead by the Israeli army in Nablus earlier this week. These forces fired tear gas canisters at the funeral participants, causing dozens of suffocation cases and injuries.

Moreover, Skyline indicates that these forces had earlier unjustifiably attacked a large group of citizens in the "Aida refugee camp" in Bethlehem, who gathered to celebrate the release of the Palestinian prisoner "Obadah Qunais" from Israeli prisons after 12 months of detention. These forces confiscated celebratory banners and flags, while dozens of participants were beaten and assaulted

In this context, Skyline highlights the Committee of the Families of Political Detainees' statement, which monitored last November an escalation of violations by the security forces against citizens in the West Bank; the total of those violations amounted to 351 violations, distributed as follows: 100 violations in the city of Nablus, 82 violations in Jenin, and 53 violations in Hebron, while the number of arrests reached 72 arrests, and the number of summons was 28.

According to documented information, the security forces' violations included 48 raids on homes and workplaces, 74 cases of suppression of freedoms, 8 cases of deterioration in the health status of political detainees, 57 arbitrary trials, and 192 cases of prosecution and suppression of demonstrations and other violations.

Skyline stresses that the information it monitors about the practices of the security services in the West Bank seriously and unacceptably violates the rules of international law that guarantee freedom of opinion, expression and peaceful assembly without restriction or prosecution. Indeed, these violations seriously affect the set of basic rights provided by the Universal Declaration of Human Rights and the International Covenant on Civil and Political Rights.

Furthermore, Skyline stresses that the negative role of the Palestinian government towards the practices of the executive bodies against freedom of opinion and expression - especially the assault on peaceful gatherings - the absence of legal oversight over the executive bodies, and the failure to implement the release rulings issued by the judicial authorities, preludes for more violations by the security forces.