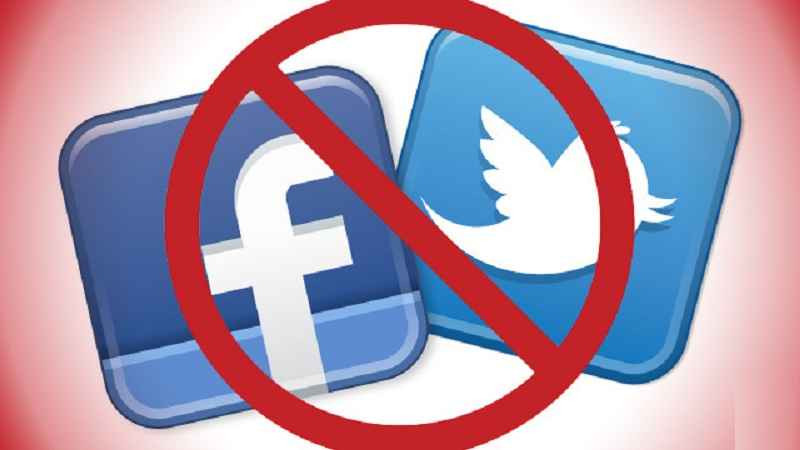 Stockholm- Skyline condemns the Russian authorities' decision to block Facebook and Twitter in the country, limiting the right of millions of people to learn about the impact of the war with Ukraine.

Today, Saturday, Skyline points to the decision by Roscom Nadzor, the agency responsible for regulating communications in Russia, on Friday, March 4, 2022, to block Meta Platforms' Facebook page in response to alleged restrictions on access to Russian media on its platform.

The Russian authority based its decision on the fact that there have been 26 cases of Facebook discrimination against Russian media since October 2020, including the imposition of restrictions in recent days on state-backed TV channels such as RT and the Russian Information Agency.

The move comes a week after Russian authorities decided to partially restrict access to Facebook for thousands of users in Russia. They are responding to restrictions imposed by the social network on the accounts of four Russian media outlets. The new procedure deprives millions of users of their right to access information. Moreover, these practices are a violation of the freedom of publication and expression guaranteed by international law.

It is worth noting that Meta had about 7.5 million users on Facebook in Russia by last year and 122.2 million users of its other services, including Instagram, WhatsApp and Messenger, according to estimates by research firm Insider Intelligence.

While condemning the decision to block Facebook and Twitter, Skyline follows with concern some of the practices of these and other social media platforms that reveal a double standard. It is noteworthy that Facebook and Twitter have censored Russian content and restricted the publication of Russian government posts and advertisements. Last week, Russian media platforms were removed from the App Store and Google Play in the United States, the United Kingdom, European Union countries, and Ukraine.

The human rights foundation Skyline indicates that the double standards applied by the communication platforms are not limited to blocking Russian accounts, but rather are an expression of an approach based on discrimination and double standards, especially with regard to the Palestinian-Israeli conflict, where they block Palestinian content and restrict access to it.

Accordingly, Skyline states that blocking websites and restricting access to certain applications and content violates international conventions such as the Universal Declaration of Human Rights and the International Covenant on Civil and Political Rights, which states in Article 19 that " Everyone has the right to freedom of thought and expression. This right includes freedom to seek, receive, and impart information and ideas of all kinds, regardless of frontiers, either orally, in writing, in print, in the form of art, or through any other medium of one's choice".

In its statement, Skyline calls on Russian authorities to reverse their recent decision to restrict access to Facebook and Twitter for millions of users and to allow free access to it information without restrictions. In addition, Skyline calls on the companies responsible for social media platforms to adhere to relevant standards, to eliminate discrimination and duplication in the provision of publication, advertising and access, and, in implementation of the principle of freedom of expression and publication, to provide everyone with equal opportunities to publish freely and to establish transparency in a way that helps the public to form their opinions on sound bases.