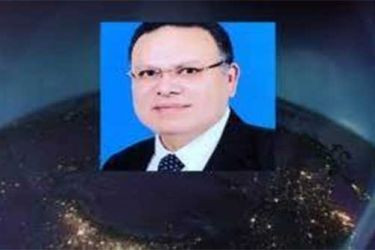 Stockholm- the international human rights foundation Skyline expresses concern about the health of Egyptian journalist Ahmed Al-Najdi, a journalist work for AlJazeera Mubasher. It reports that his health has deteriorated after nearly 500 days in detention, and calls for the release of him and other journalists detained in connection with their work.

In a statement issued on Wednesday, March 9, Skyline states that it is following up on the information provided by the journalist's family and Al-Jazeera channel about the Egyptian prison's refusal to admit journalist Al-Najdi to his pre-trial detention center in Giza Central Prison due to the deterioration of his health.

Al-Najdi, 67, suffers from diabetes and was arrested in August 2020 after visiting his family in Egypt. Al-Najdi is among four Egyptian journalists working for Al-Jazeera who were detained for extended periods, including Hisham Abdel Aziz, Rabie Al-Sheikh, and Bahaa El-Din Ibrahim Nematallah.

According to the family of the imprisoned journalist, he needs a heart catheter, a replacement for his rusted knee, and has not been allowed to take painkillers for more than a year and a half.

It is worth noting that Al-Najdi used to work for Egyptian Broadcasting and joined Al-Jazeera 21 years ago. He is detained along with 3 journalists who work for Al-Jazeera Mubasher: Hisham Abdel Aziz, Bahaa El-Din Ibrahim and Rabie El-Sheikh. They were all arrested when they were regularly vacationing in Egypt.

Skyline International for Human Rights believes that the pre-trial detention of journalist Najdi is an indication that his arrest is not related to a specific charge, but rather a form of punishment for his work in a particular media outlet, and points out that if there is a specific legal charge, he should be sentenced according to the principles of justice. .

Skyline further points out that the continued detention of journalist Al-Najdi is a continuation of the violations against journalists that are escalating. In February, there were 35 violations, mainly by courts and prosecutors (17 violations), then arbitrary administrative decisions (14 violations). Also, the total number of detained journalists reached 68. One male and one female journalist, according to the Arab Media Freedom Observatory.

Accordingly, Skyline stresses the need to respect the freedom of the media and media professionals, guaranteed by local laws and human rights charters, and calls for an end to the policy of pre-trial detention of journalists.

Skyline conludes its statement by calling on the Egyptian authorities to ensure proper treatment of journalist Najdi and immediately release him and all other journalists held in pre-trial detention without trial and provide real guarantees for the freedom of journalistic work in the country.