Skyline: Facebook's deletion of the networking page "Al-Qastal" is a serious violation of the rules of publication and freedom of expression 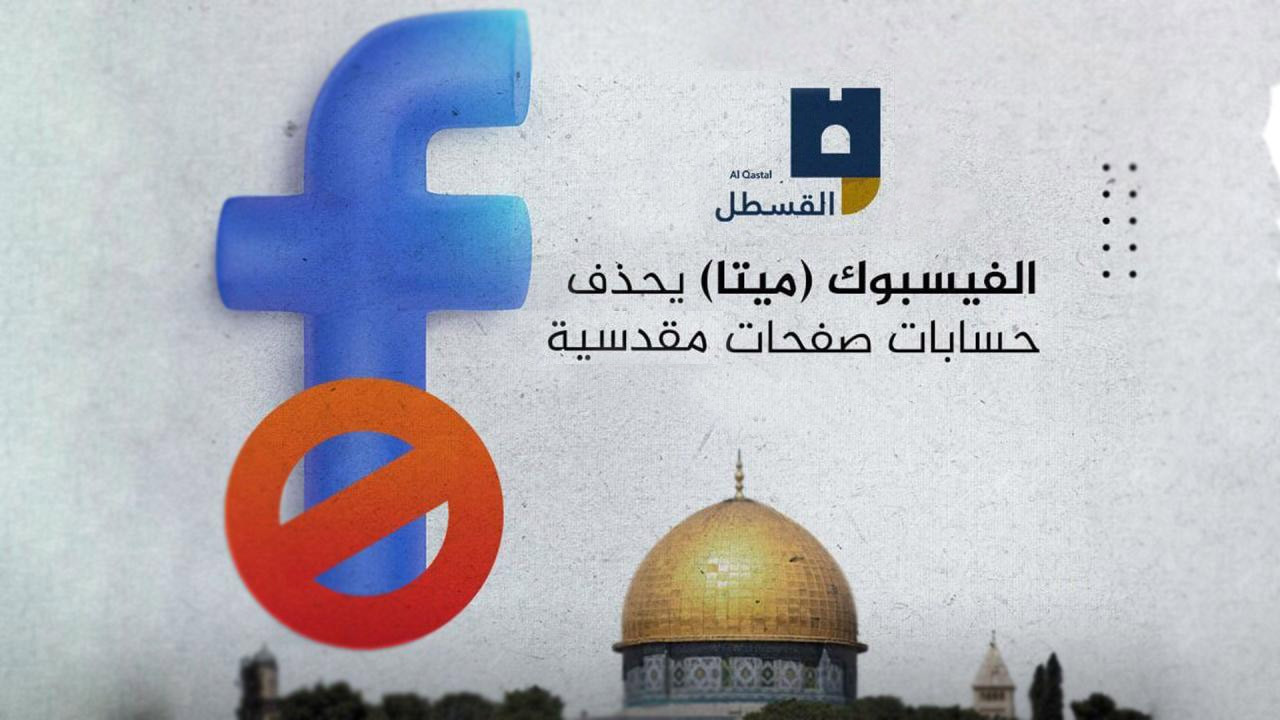 Stockholm- Skyline International for Human Rights strongly condemns and rejects Facebook's sudden deletion of the official page of the "Al-Qastal" network, stressing that the continuation of "Facebook's" policy of restricting and persecuting Palestinian content and pages must end immediately.

Sunday, Skyline states that it is thoroughly concerned over the shocking numbers of violations that are documented on a monthly basis on social networking sites, especially “Facebook” and “Instagram”. Hence, its calls on these sites to respect the relevant international conventions and human rights rules for companies that guarantee freedom of publishing and sharing without restrictions.

Moreover, Skyline indicates Facebook recently closed "AAl-Qastal" facbook page, whicwhis concerned with issues related to Jerusalem and is followed by millions. Facebook has not presented any legal reason for this ban. In this regard, Skyline stresses that these practices unacceptably violate the right to freedom of opinion, expression and publication guaranteed by the international conventions.

Al-Qastal said that the Facebook administration suddenly deleted its page after it reported in detail and continuously on Friday about the events at Al-Aqsa Mosque, during which it documented the Occupation's attacks on worshippers and prisoners throughout the day.

Al-Qastal pointed out that "Facebook took this action without warning, as it did not send out a warning message as usual," noting that the decision to delete was "made at Israel's request to hide its crimes against the Palestinians". It added: "The Israeli authorities are trying to silence the voice of Jerusalem in particular and the violations of its soldiers in Palestine in general".

In turn, Skyline states that its team has observed a systematic escalation of violations against Palestinian content by Facebook since May 2021 until today. These restrictions included: the complete banning of hundreds of accounts, the suspension of some features, the closure of many accounts or pages, and the restriction of public access to publications.

"Skyline" stresses that the shocking figures and unjustified practices observed by social networks, especially Facebook, are a flagrant violation of the legal provisions that guarantee freedom of opinion, expression and publication, and emphasizes that the competent international agencies must exercise their role in censorship. the work of these sites.

Furthermore, Skyline calls on the "Integrity and Oversight Committees" of those sites to seriously consider the numerous complaints they received on a daily basis by thousands of individuals whose accounts are restricted.

Skyline concludes its statement by emphasizing that Meta, the owner of Facebook, is required to respect the rules of international law and legal principles that guarantee freedom of opinion and expression and reject any practice that would prejudice those rights or restrict individuals in. It further stresses that that any infringement of these rights constitutes a violation that requires accountability.