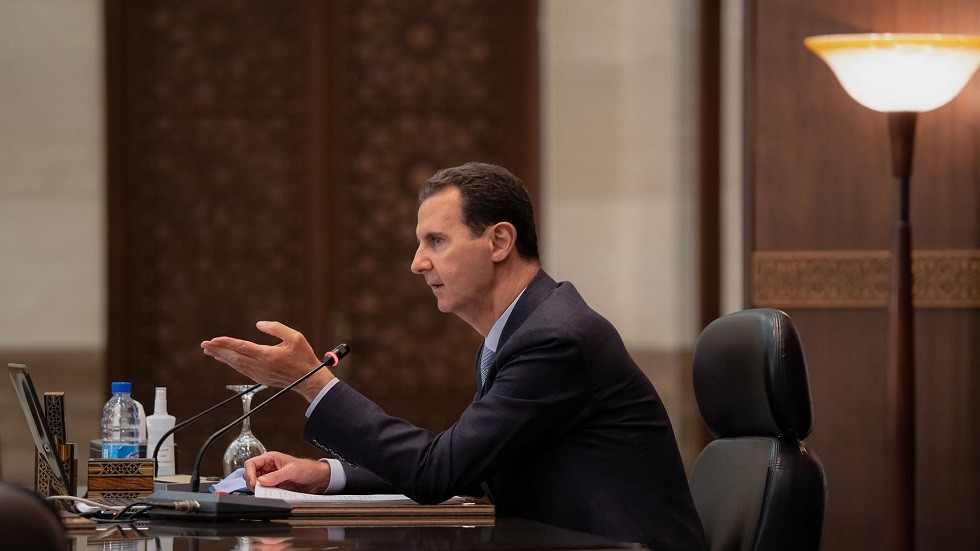 Stockholm- Skyline International for Human Rights is deeply concerned about Syrian President Bashar al-Assad's ratification of the Information Crimes Law of 2022, which imposes imprisonment and fines and restricts and monitors Internet services in the country. It stresses that the application of this law will mean further violations of the freedoms of opinion, speech and publication guaranteed by international law.

In a statement released today (Sunday), Skyline says it is closely following the provisions of Law No. 20 of 2022, ratified on April 18, which provides for penalties of one month to 15 years in prison and fines of 200,000 to 15 million Syrian pounds for a range of acts that the law classifies as cybercrimes.

"Skyline" points out that the law, which consists of (50) articles, contains loose and illogical wording in describing the punishable acts, and also noted that the law targets freedom of opinion and expression in a clear and unjustified manner, and that the articles of the law include a tightening of penalties related to the publication of content on the Internet, that "the government considers to be against its policies," as well as a prison sentence and a fine for those who publish "digital content on the electronic network" with the intention of "overthrowing or changing the country's system of government" or "undermining the image of the state and affecting national unity."

The human rights foundation "Skyline" highlights that among the most dangerous articles of the "Cybercrime Law" is Article (3/a), paragraph (1), which requires Internet access service providers to store the data of all subscribers' actions for a period determined by the competent authorities.

Skyline points out that article (27) of the same law refers to crimes against the Constitution, which states: "A temporary prison sentence of seven to fifteen years and a fine of ten to fifteen million Syrian pounds shall be imposed on anyone who establishes or manages a website or a web page or publishes digital content on the network with the intention of provoking acts aimed at or calling for, change the Constitution by illegal means, or to expropriate part of the Syrian land from the sovereignty of the state, or to provoke an armed rebellion against the authorities established in accordance with the Constitution or to prevent them from exercising their functions derived from the Constitution, or to overthrow or change the system of government in the country.

For its part, "Skyline" rejects the Syrian President's adoption of the "cybercrime law" in its current form, at a time when the country is suffering from a deterioration and violation of human rights on several levels, the most important of which are: the persecution of opponents and activists of social networks and the escalating violence against civilians, arbitrary detention and torture in prisons.

Skyline concludes its statement by calling on the Syrian authorities to reconsider the articles and provisions of the law that restrict individuals from exercising their right to freedom of opinion and expression and to ensure that individuals are given sufficient space to exercise their right to expression. It further emphasies that the authorities should enact laws that protect the basic rights of individuals instead of imposing new restrictions on rights that are constantly being restricted in the country.