Morocco: Activist sentenced to four years in prison for expressing views on social media is unacceptable attack on freedom of opinion 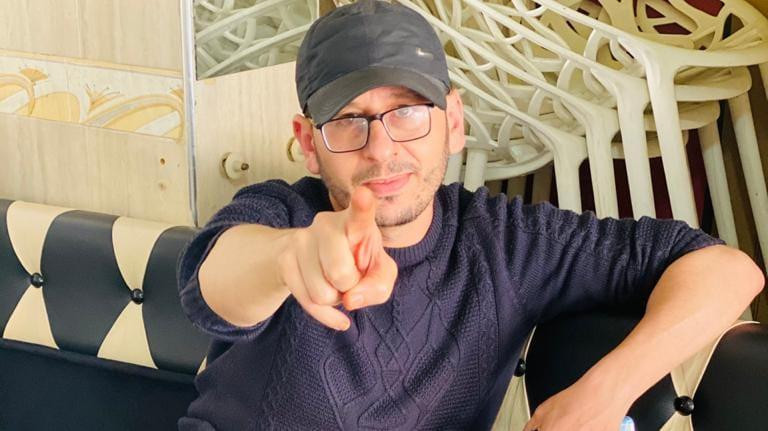 Stockholm-The international human rights foundation Skyline is deeply concerned about the decision of a Moroccan judicial authority to imprison the activist and former prisoner "Rabie Al-Ablaq" for four years and to fine him twenty thousand dirhams for sharing a post on his Facebook page. It stresses that these practices are a serious violation of international rules that guarantee freedom of expression and opinion.

In a statement released today, Tuesday, Skyline announces that a Moroccan court sentenced activist "Al-Ablaq" yesterday, Monday, to four years in prison and a fine for posting a video clip on "Facebook" and "YouTube" on September 21, 2021. In it, he had made negative comments about the leadership of the "National Assembly of Independents" party in the parliamentary elections on September 8, 2021. He had also published another video clip on November 9 after Moroccan King Mohammed VI appointed "Aziz Akhannouch" as prime minister.

"Skyline" points out to what "Suad Brahma", a member of Al-Ablaq Defense Committee, wrote on their Facebook page, "Unfortunately, today the verdict against the activist of the land movement, Rabih Al-Ablaq, was issued for a post on Facebook and he was sentenced to four years in prison and twenty thousand dirhams, a fine".

The human rights foundation points out that Moroccan authorities summoned "Ablaq" to the police station in "Al Hoceima" several times last March and questioned him about the opinions he expressed in the videos he published.

Skyline reported that Al-Ablaq was sentenced to five years in prison in June 2017 for "spreading false news" and "imitating a journalist" for publishing opinions on websites supporting the "Hirak Rif" protests. He was then pardoned by a king and released in 2020 after carrying out several hunger strikes in prison.

Accordingly, Skyline considers that the circumstances of the arrest and trial of "Ablaq" are based on political and illegal grounds, which constitutes an unacceptable attack on freedom of expression, and notes that such practices reflect the - unjustified - use of the Moroccan authorities for their influence to prosecute opponents and activists.

Skyline stresses that the repeated arrests of activists and opposition figures by Moroccan authorities are contrary to a number of international conventions, including the Universal Declaration of Human Rights, the International Covenant on Civil and Political Rights, and the International Convention for the Protection of All Persons from Enforced Disappearance. Article 19 of the Universal Declaration of Human Rights states, "Everyone has the right to freedom of opinion and expression; this right includes freedom to hold opinions without interference and to seek, receive and impart information and opinions by any means and regardless of frontiers."

Skyline International concludes its statement by calling on the judicial authorities to revise their verdict against activist "Al-Ablaq" and allow him to defend himself fully. It renews its call on the Moroccan government to cease all forms of prosecution and subpoenas against activists and opposition figures, stressing that the government's role must be to create an atmosphere in which individuals can express their views and give them the full space to do so.