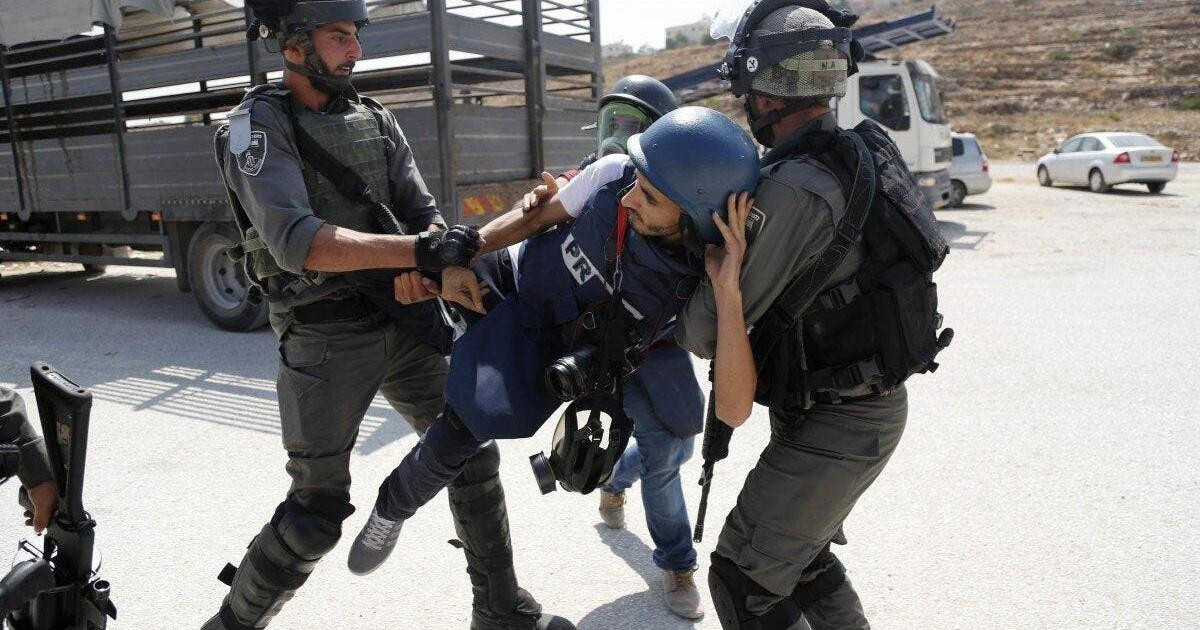 Stockholm- Skyline International for Human Rights expresses its deep concern over the escalation of attacks against Palestinian journalists by the Israeli army, stressing that the policy of restriction and persecution pursued by Israel seriously violates a wide range of international conventions guaranteeing the special protection of journalists. Thus, its calls on the international community to act and play a more effective role in this regard.

In a statement released today (Thursday), Skyline strongly condemns the 220 shocking Israeli attacks on Palestinian journalists documented thiis year, according to the report of the Journalists' Support Committee, an Arab organization dedicated to monitoring violations of the right to media freedom in the Palestinian territories, Which issued its last report in conjunction with the World Press Freedom Day 3 May.

Skyline points out that according to the human rights organisation's report, these violations varied between arrest, extortion and direct field assault” of media personnel among other forms of harassment.. According to the report, the Israeli army arrested and detained 15 journalists when they were covering various events in the West Bank.

The Committee noted that the Israeli army and settlers committed “220 cases of assault and injury against journalists” during their coverage of the demolition of Palestinian homes in the occupied East Jerusalem’s Sheikh Jarrah neighborhood and rallies in the West Bank. The army also used rubber bullets and gas bombs against journalists.

The "Journalists' Support Committee" recored that the army had stormed and raided, destroyed, searched and tampered with the contents of a journalist's house, as well as two cases of threats against two female journalists. It was also monitored that a number of journalists were subjected to violations by the administration of social networking sites, which amounted to about 60 violations since the beginning of this year, including media websites and journalists' accounts. These violations varied between deleting, banning and restricting publications and pages.

Skyline stresses that the unjustified numbers and attacks that have been observed are a blatant violation of the legal provisions that guarantee freedom of opinion, expression and journalistic work, and stresses that the competent international bodies must play their role in monitoring the violations committed by the Israeli army.

Skyline further indicates that the international community's negative role toward the Israeli authorities' practices against freedom of opinion, expression, and journalistic work- particularly attacks on journalists- and the lack of legal oversight of their work provided tacit cover for Israel's continued violations, without regard to the blatant legal violations of the rules of international law that guarantee freedom of opinion and expression and the protection of journalists from persecution and attack.

At the end of the statement, Skyline calls on the Israeli authorities to stop their constant attacks on Palestinian journalists, to work for the release of all detainees, and to ensure that the security and military services respect members of the press in their work when covering events in the Palestinian territories.