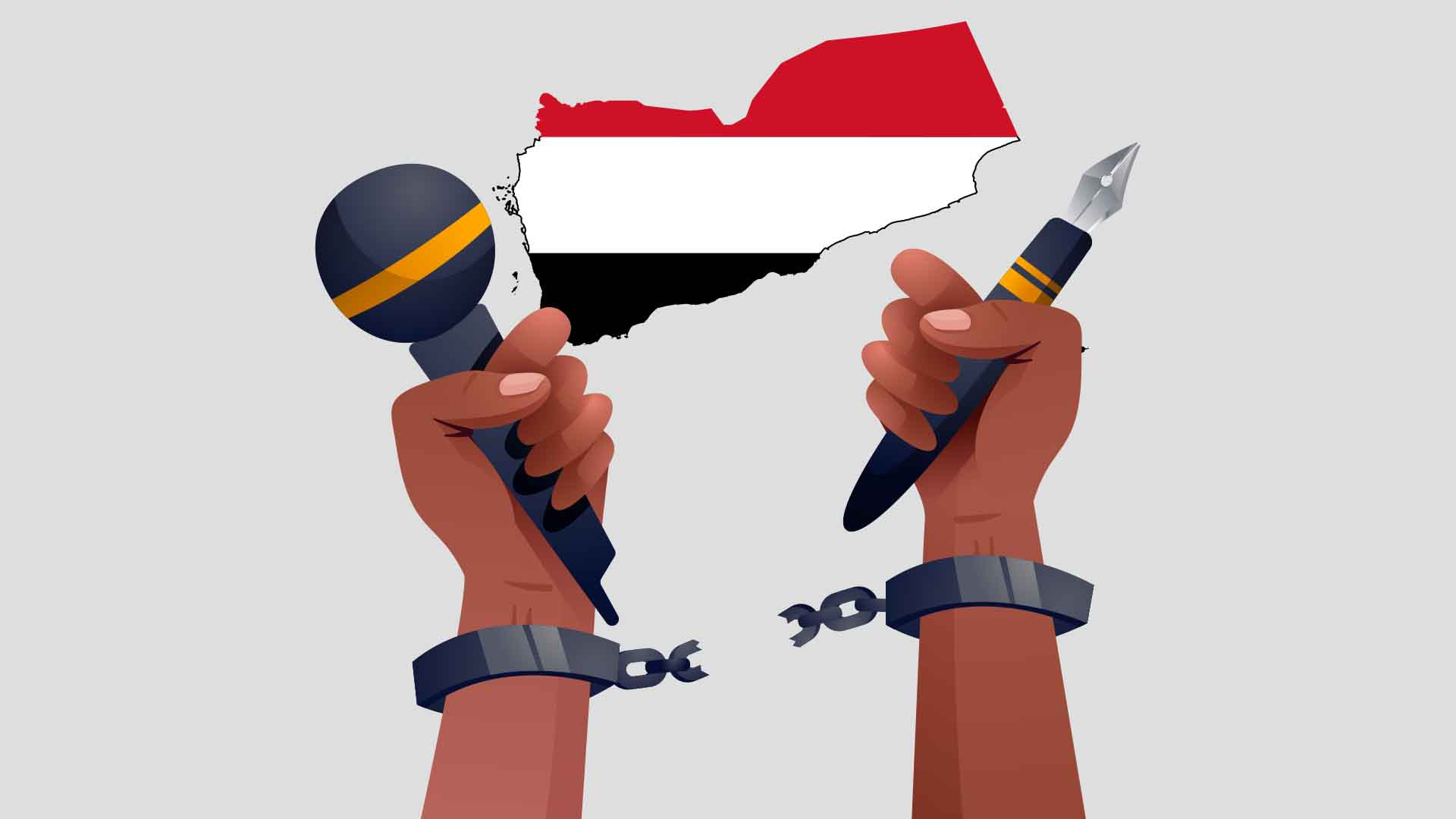 Stockholm - Skyline International for Human Rights is deeply concerned over the escalation of abuses against Yemeni journalists by the various parties to the conflict, stressing that the policies of restriction and persecution seriously violate a wide range of international agreements guaranteeing the special protection of journalists. It appeals to the international community to move and play a more effective role in this regard.

In a statement released today, (Thursday), Skyline condemns the shocking number of violations against Yemeni journalists documented in 2021. According to the report of the Observatory for Media Freedom, which issued its latest report titled "Media", this number amounted to about 86 violations. Al-Yamani ... the bleeding of lives and facts" published last Tuesday for the year 2021.

Skyline states that the Observatory documented 86 cases of violations, distributed as follows: 81 violations against individuals and 5 violations against media outlets, including storming the headquarters of these outlets, looting their contents and preventing some of them from working.

The violations against individuals are spread over four cases of brutal murder of journalists in less than a month: "Ahmed Bou Saleh, Tariq Mustafa, Ahmed Baras, and journalist Rasha Al-Harazi, who is the first victim since the beginning of the war," the Observatory report says.

Regarding attacks on individuals, the report says: "Six cases of injuries, 18 cases of arrests, 9 cases of assaults, 13 cases of threats, 15 cases of trials and interrogations by prosecutors and police stations, 12 cases of forced displacement, and 4 cases of assaults distributed among breaking into houses, looting, incitement, and arbitrary dismissal."

According to the report, 2,400 violations were registered by the end of 2021, including 50 killings of journalists and media workers from the beginning of 2015 to the end of 2021.

Skyline stresses that the unjustified numbers and attacks observed constitute a flagrant violation of the legal provisions guaranteeing freedom of opinion, expression and journalistic work, stressing the need for the relevant international bodies to play their role in monitoring violations by the various armed groups.

The international human rights foundation Skyline points out that the negative attitude of the international community towards the practices of these groups against freedom of opinion, expression and journalistic work - especially against journalists - and the lack of legal control over their work, constitutes a tacit cover for the continuation of the violations, regardless the blatant legal violations of the rules of international law that protects freedom of opinion and expression and protects journalists from persecution and attacks.

At the end of its statement, Skyline calls on the various parties to the conflict in Yemen to cease their constant attacks on journalists, to work for the release of all those detained and to guarantee their members access to press teams while they carry out their work, and calls on the international community to take more serious steps to provide protection to Yemeni journalists by putting pressure on the parties to the conflict and the various armed factions.