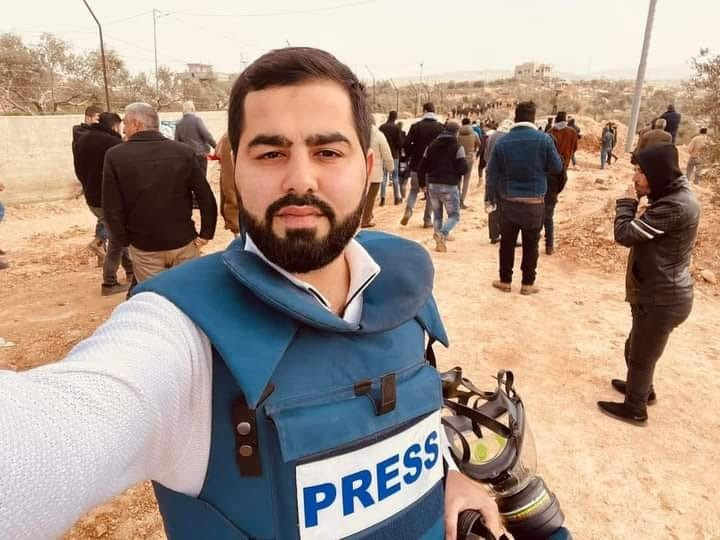 Stockholm - Skyline International for Human Rights condemns the attack by Palestinian security forces on a Palestinian journalist covering a press conference outside An Najah University in Nablus, West Bank.

Skyline states, "We have followed with regret the testimony of journalist Laith Jaar of JMEDA Agency, who was attacked by civilian and other security forces and had his camera destroyed while trying to cover an Islamic bloc press conference at An-Najah University.

Jaar said, "I was attacked and my camera was smashed in front of An-Najah University by members of the security forces and the student youth movement." In addition, security forces, along with civilian forces, attacked students who were trying to hold a press conference to speak about the attacks they had suffered the previous day against the backdrop of student activity and prevented journalists from covering the event.

Skyline points out that the Preventive Security Service in Nablus arrested student Baraa Qasrawi, representative of the Islamic bloc at An-Najah National University, after suppressing the sit-in and press conference.

The human rights foundation indicates that these attacks are related to the restriction of freedom of the press, violation of the right to peaceful assembly, freedom of opinion and expression, and disclosure of information to the public.

Skyline confirms that it has observed an increase in arrests by the Palestinian security services with a political background in the West Bank, including the summoning and detention of activists for their civil activities.

Skyline further stresses that these abuses constitute a clear violation of the legal provisions guaranteeing freedom of peaceful assembly, opinion, expression and publication.

In this regard, Skyline calls on Palestinian Prosecutor's Office to open an investigation into these attacks and that those involved be held accountable. It calls on the Palestinian government to take practical measures to prevent its security services from interfering with freedoms and releasing prisoners in the face of political opinion and opposition. Finnally, it demands the Palestinian Journalists Syndicate and civil society organizations to take more decisive action against the repeated attacks on journalists, who also pay a high price for the Israeli attacks.