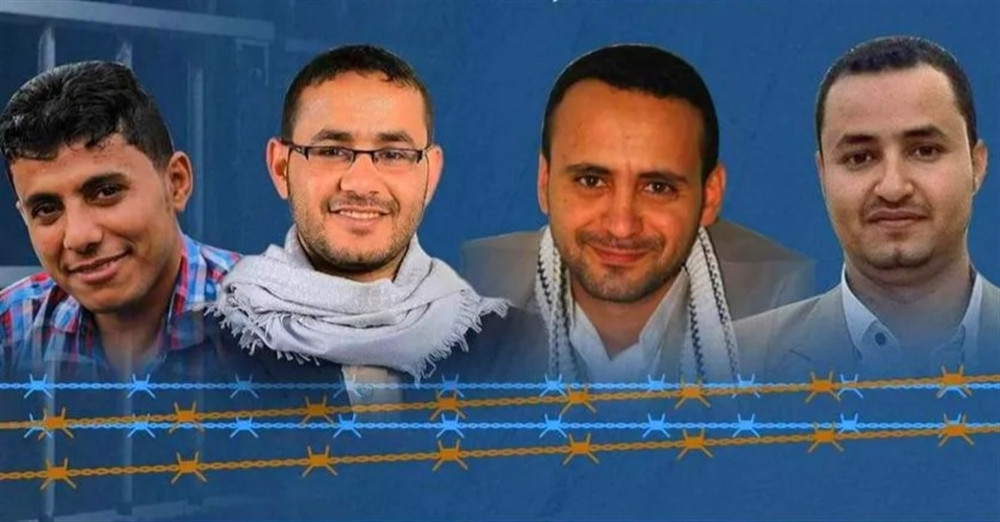 Stockholm - Skyline International for Human Rights calls on the international community, the United Nations and its envoy to Yemen to take real action to pressure the Houthi group to release four journalists who were forcibly disappeared nearly seven years ago and subjected to various violations without any legal basis.

In a statement released today (Sunday), Skyline states that the Houthi group is holding four journalists sentenced to death for treason and communicating with foreign countries until today. There are no significant efforts by the international community to activate these acts.

Skyline points out that in 2015, the Houthi group unjustifiably and forcibly abducted ten journalists from their homes and workplaces and tortured them psychologically and physically for seven years, subjecting them to illegal trials on trumped-up charges that ended with the Ansar Allah Criminal Court in Sanaa ordering the execution of some of them in April 2020.

The verdict included the decision to execute four journalists and sentence the rest to prison terms before the Houthi group released five of those journalists under the exchange agreement reached between it and the Yemeni government under international auspices, in which the Houthi group refused to release the four journalists sentenced to death and exchange them for prisoners of its fighters who had fallen into the hands of the army on the battle fronts.

"Skyline" stresses that the death sentence against Yemeni journalists is a serious attack on fundamental rights guaranteed by international law, which include first and foremost the right to life and physical integrity, and that repeated extrajudicial executions may fall under the war crimes set forth in the Rome Charter of the International Criminal Court.

The human rights foundation Skyline points out that the trials conducted by the Houthi group against its opponents are characterized by numerous serious violations of legal principles recognized under international law, including the principle of a fair trial, the right of defense, and the principle of the legality of criminal acts.

For its part, Skyline points out that the restrictions imposed by the Houthi group on journalists, activists and individuals violate the rights and obligations enshrined in the Universal Declaration of Human Rights and the International Covenant on Civil and Political Rights, which guarantee the right to freedom of opinion and expression and the exercise of journalism. They also violate the International Convention for the Protection of All Persons from Enforced Disappearance, adopted by the United Nations General Assembly on 20. December 2006, which affirms that the widespread or systematic practice of enforced disappearances constitutes a crime against humanity.

Skyline concludes its statement by calling on international bodies, first and foremost the United Nations and its representative in Yemen, to intervene immediately and put pressure on the Houthi group to halt the trial of the four journalists and work for their release. It that the international community bears full responsibility for the lives of these journalists due to its misplaced silence.