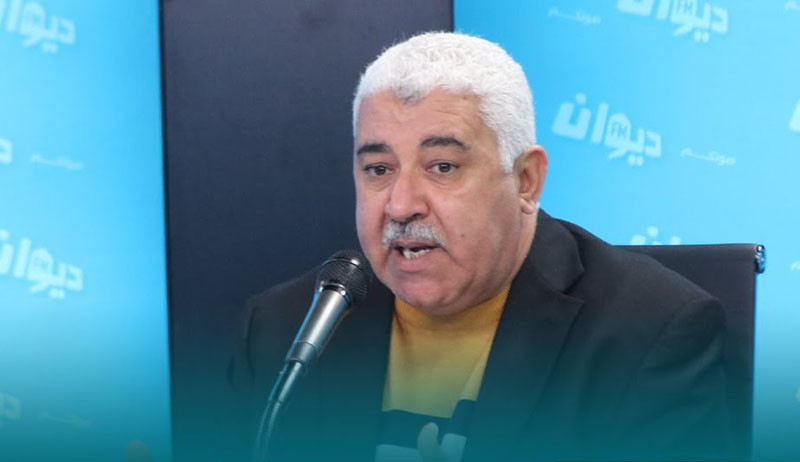 Stockholm- Skyline International for Human Rights calls on Tunisian authorities to stip detaining journalists and trying them in military courts, while stressing the need for journalists to adhere to professional standards of publication.

In a statement issued today, Monday, Skyline says that it has followed with regret the developments related to the issuance of an arrest warrant by the military justice in Tunisia against the journalist "Saleh Attia", who appeared before the third military investigating judge at the Permanent Military Court of First Instance in Tunis, against the background of a media statement.

The lawyer Samir Dilo states that the investigating judge of the military court issued an arrest warrant against the journalist, noting that "Atiya was previously detained after being charged with assault with the aim of forcing the population to attack each other with weapons, provoking riots, killing and robbery on Tunisian soil, as well as attributing illegal affairs to an associate. He was accused of committing illegal acts in public without providing evidence, harming the dignity and reputation of the national army and doing something that would weaken in the army the spirit of the military regime, obedience to superiors and insulting others through public communication networks..." and after him.

Samir Dilo points out that "when the interrogation began and the journalist Saleh Attia was informed by the investigating judge of the charges against him and asked about the source of his iinformation.He initially refused to answer because he refused to appear before the military judiciary, which does not specialize in opinion cases, and that he is willing to answer before his natural judge, i.e., the judicial judge in accordance with Decree No. 115 of 2011 on freedom of the press.

The human rights foundation Skyline states that the arrest of journalist Attia and his transfer to the military justice system comes against the backdrop of his recent statements that the army had failed to implement the Tunisian president's order to close the headquarters of the Tunisian General Workers Union and stop its leaders, and that the armed forces had informed the union's leadership, which was denied by the secretary general of the workers union.

Skyline reiterates its position that it opposes military trials of civilians, whether journalists or other citizens, and maintains that it will handle issues related to publications and statements before the civilian judiciary and in accordance with the provisions of Decree 115 regulating the press, printing, and publishing.

Skyline indicates that attacks on journalistic work in Tunisia have escalated since the announcement of the special measures by President Kais Saied on July 25, 2021, as much of the Constitution's provisions protecting rights and freedoms have been suspended, as evidenced by numerous local and international human rights reports.

Skyline also stresses that this is not the first time journalists have been brought before the military justice system. On April 8, the military court in Tunis sentenced journalist Amer Ayyad to four months in prison on charges of freedom of opinion and expression.

Skyline condemns the arrests and military trials of journalists and the policy of intimidation and incitement, but urges journalists to observe professional ethics and rules of publication.