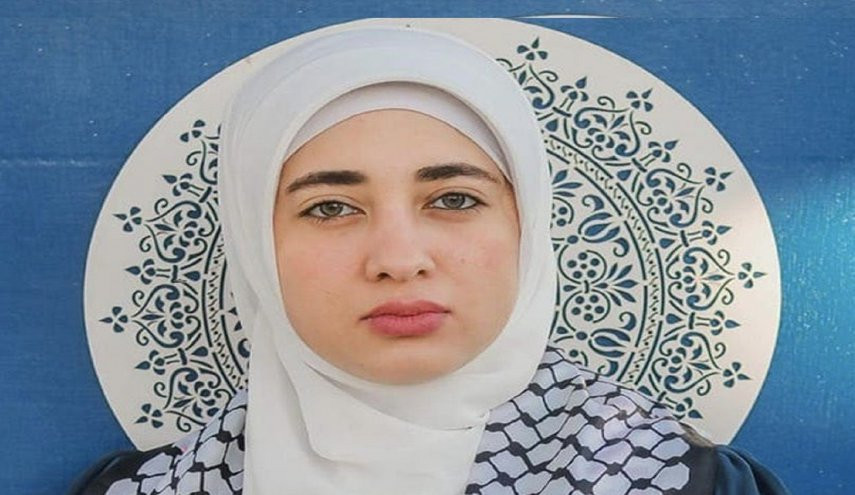 In a statement, Skyline states that since dawn on July 3, Egyptian authorities have arrested activist "Aya Kamal Addin" a graduate of the Institute of Islamic Studies, on charges of spreading false news.

Skyline reports that Egyptian security forces in Alexandria have arrested activist "Aya Kamal " at her home. This is her third arrest since 2013.

The human rights foundation Skyline demands the release of activist "Aya", especially since she suffers from asthma and the detention conditions have a very negative impact on her, and until this is achieved, she will be able to communicate naturally with her lawyer and family and ensure healthy detention conditions in accordance with the law.

Skyline highlights what human rights activists in Egypt disseminated about the screening of activist "Aya Kamal Alddin" at the Alexandria Prosecutor's Office three days after her arrest and the extension of her detention for spreading false news. This is a loose accusation in the context of the Egyptian authorities' attempts to silence and prosecute activists for their political writings. "Aya Kamal" was released about 18 months ago after being arrested in Corona cases in April 2020.

For its part, Skyline regrets that this arrest came two days before the start of the first opening sessions of the national dialogue in Egypt. Skyline stresses that the continuation of arbitrary arrests against the backdrop of freedom of expression and opinion points to the lack of seriousness of the state regarding the national dialogue to restore national cohesion. It also stresses the need to implement the principles of domestic laws and the Human Rights Charter, which guarantee the right to freedom of opinion and expression and protect against arbitrary arrest and detention.

It stresses the need to implement the principles of domestic laws and the Human Rights Charter, which guarantee the right to freedom of opinion and expression and protect against arbitrary arrest and detention. It urges the Egyptian authorities to allow people to exercise their rights guaranteed by law without threat, persecution or arrest.

Skyline emphasizes the importance of international bodies, led by the United Nations and the European Parliament, putting pressure on the Egyptian authorities to stop their retaliatory measures and end the ongoing detention of opposition figures, political activists and human rights defenders.