UAE: Refusal to release prisoners of conscience whose sentences have expired is a serious violation requiring international intervention 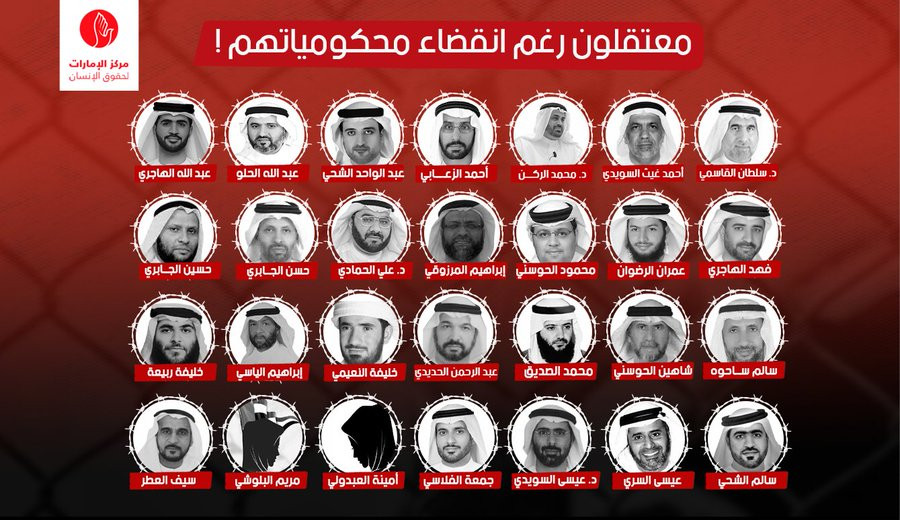 Stockholm - Skyline saya that the UAE authorities' refusal to release prisoners, particularly prisoners of conscience and their intransigence in implementing release orders constitute a serious violation of and unjustified attack on the legal provisions guaranteeing personal freedom and ensuring the implementation of judicial decisions

In a statement released today (Thursday), Skyline states that the UAE is unjustifiably refusing to release some 28 prisoners whose sentences have expired and who are still behind bars, without any legal basis or official response from the UAE authorities to these disturbing practices.

Skyline points out that yesterday, Wednesday, the prison sentence of detainee "Saif Al-Attar" ended after he served a ten-year prison term due to his human rights activism and his opposition to the restrictive policies in the UAE, but he was not released as the UAE authorities continue to ignore all his demands.

On Tuesday, July 19, 2022, the prison sentences of prisoner Dr. Issa Al-Suwaidi and prisoner Juma Al-Falasi ended, and their names were added to the list of those whose prison sentences have expired and who are still arbitrarily detained. However, Dr. "Mohammed Al-Roken", a prominent human rights defender, remains in detention as the number of his prison terms expires on July 17, 2022.

In this regard, Skyline indicates that the fact that opinion activists continue to be held in prisons despite the end of their sentences and the refusal of UAE authorities to implement orders for their release is a cause for concern, especially since the UAE's record is full of documented violations, including incommunicado detention and denial of communication and official visits. Some cases of preventing entry and reading books have been documented. In addition, there is ill-treatment, torture, and denial of medical care.

Skyline says that the most prominent opinion leaders in Emirati prisons were arrested as part of the authorities' campaign against the defendants in the so-called "UAE 94" case, which targeted all individuals and influencers who called on the government to undertake political and social reforms.

For its part, Skyline stresses that the UAE authorities' refusal to release prisoners of conscience blatantly violates the rules of international law that guarantee the right to liberty and physical integrity in the UAE's various agreements.

The human rights foundation Skyline concludes its statement by calling on the UAE authorities to immediately and unconditionally release all opinion activists, especially those whose prison sentences have expired. The authorities should also work to ensure that people can exercise their fundamental rights guaranteed by UAE law and international law to express their views and criticize the government's performance without restriction or prosecution. Skyline also stresses the importance of the international community and relevant organizations UN playing a role in monitoring detention conditions in the UAE and putting pressure on the authorities to fulfill their legal obligations to their citizens.