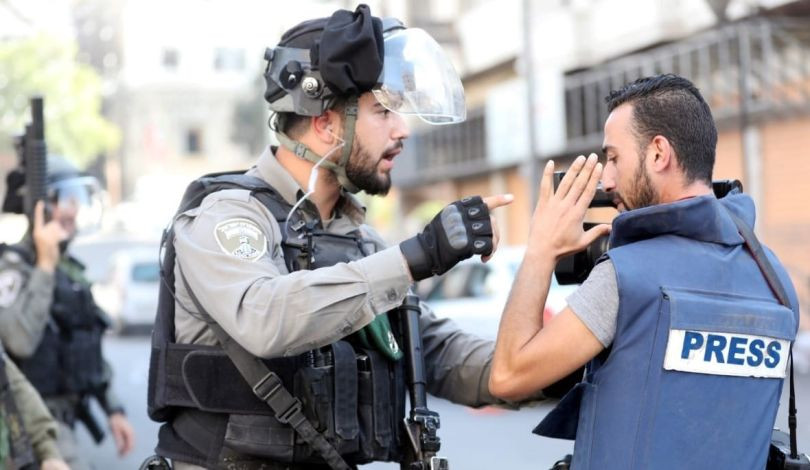 Stockholm - Skyline International for Human Rights condemns the arrests and attacks on Palestinian journalists by the Palestinian security forces and the Israeli army.

Skyline points out that Palestinian intelligence summoned Al-Fakhouri (age 33) for an interview between nine and twelve of the clock that Thursday morning, but then returned to summon him again to headquarters and then arrest him.

Skyline also indicates that the arrest of al-Fakhouri, who is married and the father of a boy and a girl, came two days after the Israeli army arrested his colleague at the agency, journalist Amer Abu Arafa from the city of Hebron.

Moreover, Al-Fakhouri had also previously been detained in Israeli prisons and had suffered a kidney injury due to a previous hunger strike that lasted 55 days, which he sustained during his detention.

Fakhoury's arrest came a day after the Israeli army arrested journalist Faisal Ezer Al-Rifai, 33, after summoning him to a meeting with Israeli intelligence yesterday (Wednesday).

In recent weeks, there has been an escalation of attacks and prosecutions against journalists, whether by the Palestinian or Israeli security services against Palestinian journalists. On June 20, the Preventive Security Service arrested journalist Sami al-Shami after summoning him for an interview in Nablus. He was later released. Earlier, journalist Samer Khweira, correspondent for Al-Araby Al-Jadeed, was also abducted and assaulted on June 14.

Skyline stresses that the information it has observed about the practices of the Palestinian and Israeli security services in the West Bank seriously and unacceptably violates the rules of international law that guarantee freedom of opinion, expression and peaceful assembly without restriction or persecution.

Finally, it stresses that these violations have serious implications for the fundamental rights enshrined in the Universal Declaration of Human Rights and the International Covenant on Civil and Political Rights. Skyline Human Rights Foundation calls on the Palestinian and Israeli authorities to stop persecuting journalists, release those detained, and allow them to work freely and without intimidation.