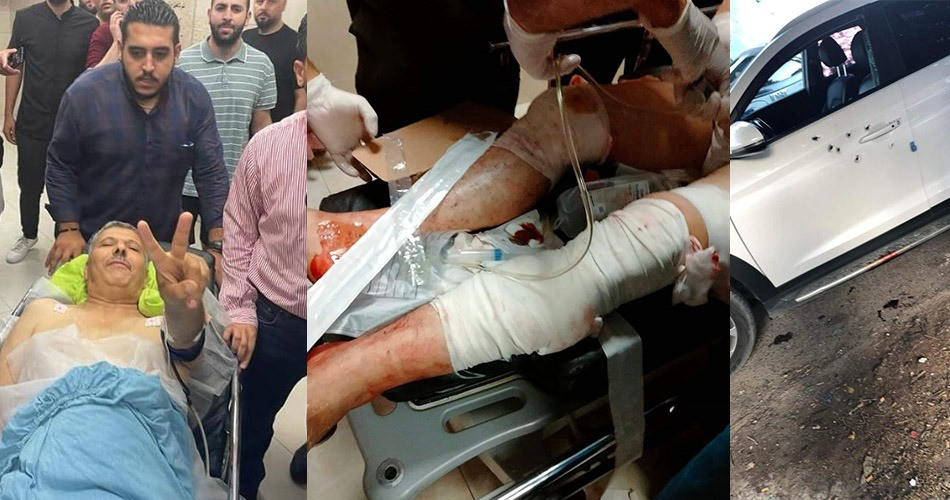 Stockhom- Skyline International for Human Rights calls on the Palestinian government to launch a serious and transparent investigation into the shooting of former Deputy Prime Minister and lecturer at An-Najah National University, Dr. Nasser Al-Din Al-Shaer, in which he was wounded by multiple bullets, amounting to attempted extrajudicial murder.

Skyline states, "With great disapproval, gunmen opened fire on Al-Shaer on Friday evening in the village of Kafr Qelil, south of Nablus in the northern occupied West Bank, and he was subsequently wounded in the legs and taken to Rafidia Governmental Hospital.

It is reported that gunmen opened fire directly at the vehicle al-Shaer and shot him in the legs with five bullets while he was attending in the presence of released prisoner Dirar Abu Jamous.

It should be noted that Al-Shaer currently serves as Dean of the Faculty of Shariah at An-Najah National University, Assistant Professor in the Department of Jurisprudence and Legislation, specialising in comparative law, and Professor of Comparative Religion. He served as Deputy Prime Minister and Minister of Education in the tenth government, during which he was imprisoned in Israeli prisons for two months. He also served as Minister of Education in the reconciliation governemnt.

Al-Shaer is known as a consensus-maker and moderate, seeking to bridge the views of Palestinian factions. Skyline expresses concern about the inconsistent manifestations of security chaos and violations of the rule of law in the West Bank, as well as the increasing use of armed and masked militias to threaten and intimidate opponents and dissidents.

Skyline also expresses concern about the existence of an undeclared policy of killing opposition figures, whether by law enforcement officials (a joint force of the security services), as in the June 24, 2021, assassination of political opponent Nizar Banat, or by unknown gunmen, as in the case of Al-Shaer, who, like other opposition figures, had previously received explicit death threats.

The human rights foundation Skyline calls on the Palestinian government to take serious measures to end the security chaos, which by all accounts involves parties close to that government and influential individuals, and warned of the dire consequences of killings and shootings to liquidate and intimidate political opponents for social peace. It also demands the international community, especially the European countries that support the Palestinian government, to put pressure on it to comply with international laws and stop the gross violations of human rights covenants.