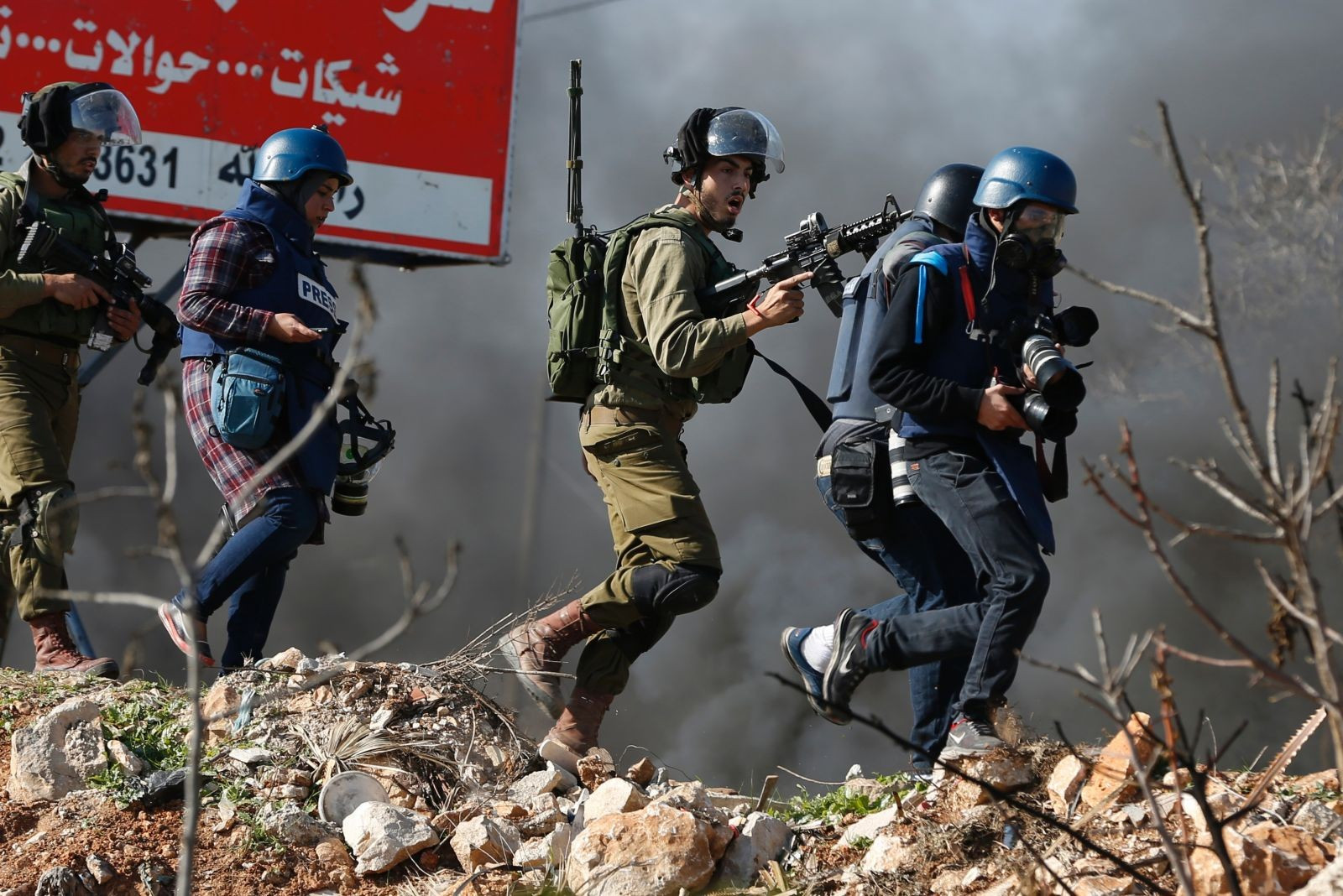 Stockholm- Skyline International for Human Rights expresses its deep concern over the escalation of attacks against Palestinian journalists by the Israeli army, stressing that the policy of restriction and persecution pursued by Israel seriously violates a wide range of international conventions guaranteeing the special protection of journalists. Thus, its calls on the international community to act and play a more effective role in this regard.

In a statement released today (Monday), Skyline strongly condemns the 44 shocking Israeli attacks on Palestinian journalists documented in July of this year, according to the report of the Journalists' Support Committee, an Arab organization dedicated to monitoring violations of the right to media freedom in the Palestinian territories.

Skyline states that among the violations that were documented: 35 Israeli violations and 3 by internal Palestinian parties in the West Bank, and more than 6 violations were recorded by social media companies in connection with combating Palestinian content and trying to cover up the violations of the Israeli army against the Palestinians

Skyline points out that these violations varied between arrest, extortion and direct attack on the ground, in addition to other forms of targeted attacks, according to a statement - from the Journalists Support Committee - noting that the Israeli army committed more than 34 violations against the freedom of the media and press teams last month. The arrest and detention of two journalists, "Amer Abu Arafa" and "Faisal Al-Rifai", who remain in custody today.

The Israeli army also arrested journalist "Mujahid al-Saadi" and had him interrogated for five hours by an Israeli intelligence officer at the Karama border crossing. The occupation forces also summoned journalist "Faisal al-Rifa'i" twice before arresting him.

The human rights organization pointed out that the Israeli army prevented 10 journalists from covering and being present at the Israeli army and settler attacks in several areas. In two cases, journalist "Mujahid Al-Saadi" and Turkish reporter "Majdoleen Hassouna" ( TRT ) were banned from entering Jordan without any legal justification.

Six violations of Palestinian media content by numerous social media outlets were recorded as part of the crackdown on Palestinian content, which has been ongoing for over a year: Facebook deleted and blocked four pages belonging to Palestinian journalists, and the Instagram platform deleted two journalists' accounts.

Skyline stresses that the unjustified numbers and attacks that have been observed are a blatant violation of the legal provisions that guarantee freedom of opinion, expression and journalistic work, and stresses that the competent international bodies must play their role in monitoring the violations committed by the Israeli army.

Skyline further indicates that the international community's negative role toward the Israeli authorities' practices against freedom of opinion, expression, and journalistic work- particularly attacks on journalists- and the lack of legal oversight of their work provided tacit cover for Israel's continued violations, without regard to the blatant legal violations of the rules of international law that guarantee freedom of opinion and expression and the protection of journalists from persecution and attack.

At the end of the statement, Skyline calls on the Israeli authorities to stop their constant attacks on Palestinian journalists, to work for the release of all detainees, and to ensure that the security and military services respect members of the press in their work when covering events in the Palestinian territories.